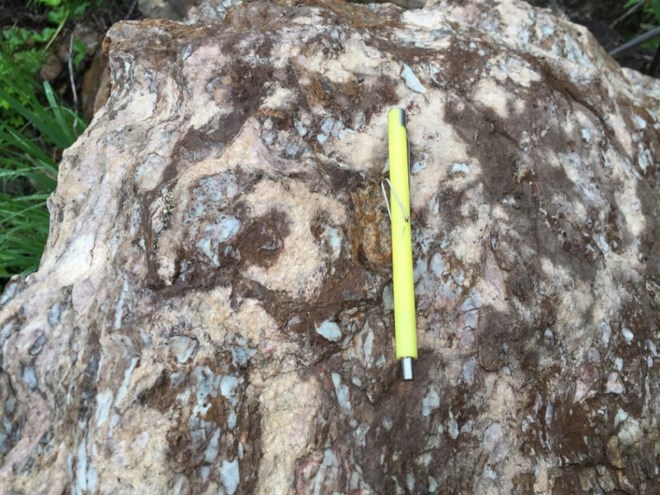 Company CEO Anthony Cohen announced Aug. 27 that it has 100 per cent control of the Good Hope niobium project, outside of the town of Marathon.

Plato Gold has been working the property since signing the agreements with prospector Rudy Wahl, a well-known and award-winning prospector from Marathon.

The discovery was made by Wahl who staked the property after venturing off a logging road near Prairie Lake in 2010.

The company signed option agreements with Wahl in 2017 with aims on acquiring ownership of the property and launched a 5,000-metre drill program to outline the deposit.

To date, Plato has spent more than $1.1 million in exploration on the project. Niobium is considered a strategic material.

There are only three niobium mines in the world, two in Brazil and one in Québec. It's used in the high-strength, low-alloy steel industry, in computer chips and electric vehicle batteries.

A company advisor, Roger Mitchell, one of the world's leading experts on carbonatite, the host rock for niobium, said in a Plato Gold investor video that he believes Good Hope has world-class potential to operate as an open-pit mine.

“I am also very pleased to announce our continuing work on the project with both Dr. Rudy Wahl, the discoverer of the project and Dr.Roger Mitchell, one of the world’s foremost experts on carbonatite rocks and niobium," said Cohen in a statement.

"With our world-class team of experts, I am looking forward to further development of the Good Hope Niobium Project releasing further news of its continuing development when we have completed important work."

Plato Gold has four gold properties east of Timmins in partnership with Osisko Mining and and a precious and base metal property at Santa Cruz, Argentina in a venture with Winnipeg Minerals S.A.