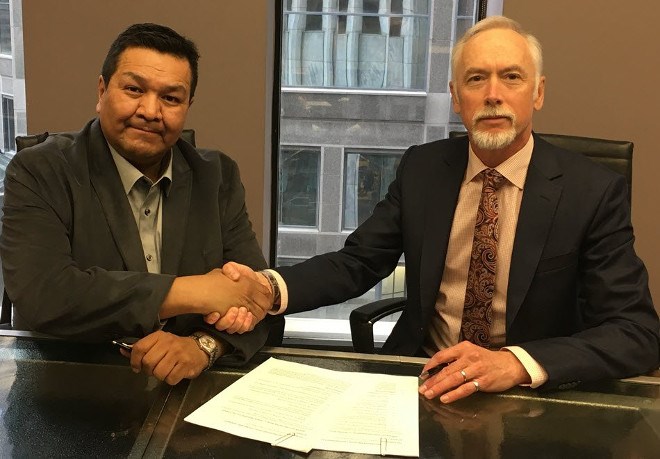 Noront Resources has signed an exploration and project advancement agreement with the Marten Falls First Nation.

On  April 13, the Ring of Fire developer said the agreement compensates the northern community for work that has been completed on their traditional land and outlines a one-year process that will be used to negotiate a pre-development agreement for the Eagles Nest nickel-copper-platinum-palladium mine located in the James Bay lowlands.

It starts the two parties down the path of developing an impact benefit agreement for Noront’s Eagle’s Nest nickel and base metal deposit, the company’s first mine in the queue.

By fulfilling certain obligations and arrangements, the First Nation community becomes a shareholder of Noront.

In a Noront news release, Marten Falls Chief Bruce Achneepineskum described the agreement as “a step towards a prosperous and sustainable future for both the youth and community of Marten Falls First Nation.”

“We are excited to be taking this next step with our friends in Marten Falls,” said Noront president-CEO Alan Coutts. “It marks the beginning of a long-term relationship that will provide opportunity and mutual benefits for both parties.”