More trouble for snakebit Sudbury mine

A weekend underground explosion at First Nickel's Lockerby Mine in Sudbury on Aug. 2 resulted in minor injuries and smoke inhalation for one worker, confirmed the company's president and CEO. “There was an explosion this morning (Aug.
Aug 4, 2015 7:38 PM By: Jonathan Migneault 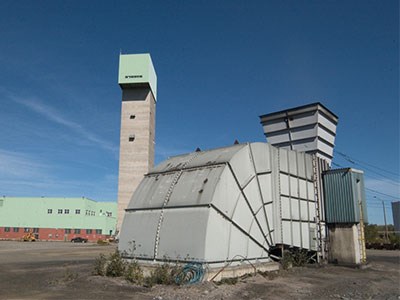 A weekend underground explosion at First Nickel's Lockerby Mine in Sudbury on Aug. 2 resulted in minor injuries and smoke inhalation for one worker, confirmed the company's president and CEO.

A weekend underground explosion at First Nickel's Lockerby Mine in Sudbury on Aug. 2 resulted in minor injuries and smoke inhalation for one worker, confirmed the company's president and CEO.

“There was an explosion this morning (Aug. 2) that resulted in a worker requiring a medical aid - nothing serious,” said First Nickel president and CEO Thomas Boehlert in an email to Northern Ontario Business. “As we do not run a shift on Sunday, we will be assessing the situation underground tomorrow.”

In a later release, the company reported that three other workers were checked for smoke inhalation and released without medical treatment.

The company said it is investigating the cause of the incident and planned to resume operations the following day. It’s unknown if the Ministry of Labour is investigating.

Mine Mill Local/Unifor 598 president Anne-Marie MacInnis said her union – which represents the mine's workers – is in the midst of making calls to understand exactly what caused the explosion.

“We are finding out what the hell transpired,” she said.

This latest incident is part of a turbulent two years for First Nickel and its flagship Lockerby Mine.

After their deaths, the Ministry of Labour laid eight charges under the Occupational Health and Safety Act against First Nickel, and another five charges against Taurus Drilling Services, the company that employed both men.

A corporation can be required to pay a fine of up to $500,000 per charge for contraventions of the Occupational Health and Safety Act.

In early January, First Nickel restructured its operations at the nickel-copper mine, and cut 75 per cent of its contractors and 30 per cent of its permanent workforce – from 164 jobs to 115.

The cuts represented around 45 per cent of First Nickel's Sudbury workforce.

In February, the Ministry of Labour said it was investigating a fire that occurred at the mine on Feb. 16.

No one was injured in the blaze but more than 30 employees moved to an underground refuge station, following standard protocol during a fire.

In June, First Nickel announced it would be halting development of an underground ramp at the Lockerby Mine.

“We will now shift our focus to maximizing production of the remaining ore and then transitioning to care and maintenance or closure,” said Boehlert at the time. “The company is currently in discussion with its secured lenders regarding alternatives with respect to its outstanding indebtedness in light of the expected timing of cessation of mining at Lockerby.”