A harsh critique of the effectiveness of Ontario’s mines and mineral program by provincial auditor general Bonnie Lysyk was greeted with enthusiasm by the minister of Northern Development and Mines.
0
Dec 7, 2015 7:50 PM By: Ian Ross 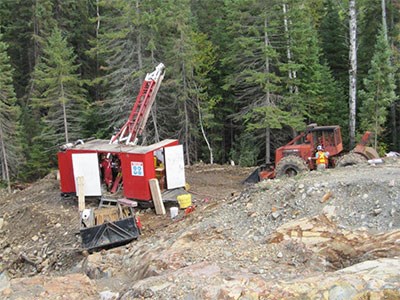 A harsh critique of the effectiveness of Ontario’s mines and mineral program by provincial auditor general Bonnie Lysyk was greeted with enthusiasm by the minister of Northern Development and Mines.

“I’m not exaggerating when I say I’m grateful for her recommendations,” said Michael Gravelle.

Gravelle expressed surprise that Lysyk’s annual report could be viewed as a scathing review of his ministry that appears to have shortfalls in encouraging mining investment, has disengaged in First Nation-industry consultation, shown no evidence of advancing the Ring of Fire, and lacks the resources and technical expertise to oversee mine closure plans and inspect abandoned mines.

“It’s funny I just don’t read it that way. I do not interpret it that way. When I look at the recommendations regarding abandoned mines, regarding our closure plans, they are all things that we take very seriously regardless.”

Gravelle said all of the issues raised in the report are “total priorities for us, and in that regard her recommendations strengthen our operations, our direction, and our goals. That’s why I’m pleased.”

Many of those issues, he said, will be addressed shortly when the government rolls out its new mineral development strategy, last updated in 2006. That could come as early as Dec. 11 when Gravelle attends a Northern Ontario Heritage Fund board meeting in Sudbury, but he refused to confirm that and dropped no hints on the contents of the strategy.

“The bottom line is we are more than listening to what the auditor general has to say and are taking it very seriously.”

In her report, Lysyk wrote five years after the creation of a 19-member Ring of Fire Secretariat, there is no evidence of a “detailed plan or timeline for developing the region,” noting the government-created entity has constantly missed development milestones established by the province.

A Ring of Fire Development Corporation, established in 2014, remains non-operational with a board of directors consisting of five senior bureaucrats that has not engaged industry, First Nation leadership, or the federal government.

Gravelle staunchly defended the Secretariat and the development corporation saying he’s “very proud” and “grateful” for their work in building partnerships and overseeing the technical studies on the transportation infrastructure.

Gravelle met with Lysyk for an hour prior to the release of the report. While he didn’t agree with all of her findings, he didn’t dispute them.

The minister explained the challenges of imposing timelines on a major mineral project when commodity prices are soft, securing exploration financing is difficult, complex socio-economic and resource revenue-sharing negotiations with the Matawa First Nations – the group of communities closest to the Ring of Fire – remain ongoing, and the relationship with the previous federal government “wasn’t the best.”

Queen’s Park has been waiting on Ottawa to provide $1 billion in matching provincial dollars to extend infrastructure to the Far North mineral deposits. To date, no construction dollars have been spent on mining infrastructure.

Gravelle said he expects to formally meet with new federal natural resources Jim Carr early in 2016 to discuss the Ring of Fire. While he’s “never been more optimistic” about firming up a better working relationship with Ottawa, he offered no date when federal infrastructure dollars are expected.

The auditor general also point out that the “lack of clarity” in Ontario’s regulations on the duty to consult with First Nations has stymied mining investment.

The report said Ontario has delegated more aspects of the Aboriginal consultation process over to the mining industry than its counterparts in British Columbia, Quebec and Manitoba.

Gravelle didn’t provide any indication his ministry will begin to take more of a lead role in managing the process. The Ontario introduced the exploration plans and permits process in 2013, requiring prospectors and junior mining to engage with First Nations at the earliest stage of exploration.

“When you look at the successful stories of mining projects moving forward that’s the way they end up being successful,” he said.

He denied the ministry has been hands-off in the process, but is “directly engaged on a daily basis on consultations with First Nations,” further adding that he’s personally gotten involved in discussions and negotiations between First Nations and companies.

“The point I’ve taken in the past….is that it makes sense from a First Nation point of view and industry point of view for us to encourage them to get together.”

Ontario Prospectors Association executive director Garry Clark is all for the province taking back the reins of Aboriginal consultation.

“Other provinces are further ahead of us on the consultation pieces. Consultation being driven by the ministry is important, nation to nation, instead of trying to piecemeal it with a bunch of geologists and prospectors.

“I think they’ve (government) taken note that this isn’t quite worked as well as they thought it would, and are making some changes.”

He hasn’t viewed a final draft of the province’s upcoming mineral strategy, but feels confident his association has “plated out all the issues” to a receptive ministry staff.

The auditor determined the ministry “has not been effective in encouraging timely mineral development in the province.”

Clark can’t say for certain that the ministry is to blame when the entire industry is in a global slump.

“Our business is so slow right it’s unbelievable.”

Some companies have left Ontario, but new ones have arrived to explore the province’s world-class deposits, mentioning gold projects at Borden Lake, expansion at Lake Shore Gold, a slew of mergers in the industry.

He said much of the work of the Ring of Fire Secretariat doesn’t the industry as a whole – even though it’s a high-profile project – since exploration is at a standstill, but the Secretariat’s work in transferring training dollars and educating First Nations “to better understand mining is a good thing.”