Mineral exploration gets a boost with provincial strategy

The province is throwing a lifeline to the struggling mineral exploration sector with the establishment of a $5-million junior exploration assistance fund to support grass roots projects.
Dec 14, 2015 3:07 PM By: Ian Ross 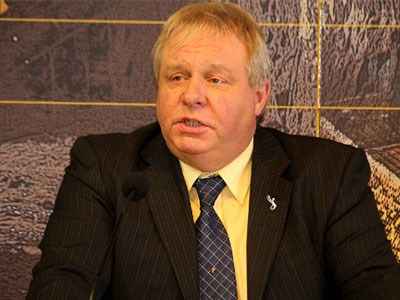 The province is throwing a lifeline to the struggling mineral exploration sector with the establishment of a $5-million junior exploration assistance fund to support grass roots projects.

The one-year program was the centre piece of the province’s launch of its new 10-year Mineral Development Strategy, revealed in Sudbury on Dec. 11.

“I’ve petitioned for this for a year and a half,” said Garry Clark, executive director of the Ontario Prospectors Association (OPA), who was on hand to watch Northern Development and Mines Minister Michael Gravelle roll out the strategy before an audience of provincial bureaucrats, institutional researchers and industry reps.

Delivered through the Northern Ontario Heritage Fund, Clark said what the program amounts to is a 30 per cent rebate program for dollars spent on exploration, said Clark.

It keeps Ontario on par with what other provinces offer for early stage exploration and is designed to spur the first-stage activity that leads to the discovery of new deposits and mines.

The assistance fund revives a provincial program that ran until the mid to late 1990s when it was discontinued.

“At that time we really didn’t need it,” said Clark, “and there were austerity programs going on in government.”

In the past, funding was applied in the Hemlo gold camp, the Timmins-Kirkland Lake belt, and led to a gold discovery near Fort Frances where mine construction is underway by New Gold.

With no indication of when the exploration financing climate will improve, Clark hopes the fund has some longevity beyond its current one-year shelf life.

“Right now, the industry is at such a low ebb, this is going to attract people to come back to the province.”

The province’s messaging with its “blueprint for the industry’s growth” is that it intends to set the bar high in returning Ontario to prominence as one of the best and most cost-competitive mining jurisdictions.

“We will be open to the world, outward facing, nationally and internationally,” said Gravelle. “We’re going to put everything in place for the workforce for today and for tomorrow. It’s what we’re striving for, it’s what we believe in.

The government’s 50-page handout was short on specifics, but long on a renewed commitment to do a better job of showcasing the province’s mining expertise, spotlight its mineral potential, and attract investment.

First Nations are promised a greater degree of engagement on mineral projects, the province plans to stay the course on workforce development, worker health and safety will be improved, and action will be taken to reduce the impact of mining activity on the environment.

“We’re going to leverage our home-grown expertise in innovation which is here in Greater Sudbury and all across the North,” said Gravelle, who predicted Ontario will become the “gold standard for corporate social responsibility.”

Clark said the strategy largely checks off most of what the OPA asked for.

“It’s a fairly good document on what we need. As they go through and implement everything, there’s still some meat to be put on the bones, but it’s pretty comprehensive.”

Clark said more clarity must be provided by the province surrounding consultation with First Nations.

The duty to consult, and the province’s delegation of that responsibility to industry, is the focus of a current – and potentially landmark – court case between the province and a Sudbury exploration outfit, Northern Superior Resources.

Clark said some companies and First Nations communities prefer not to have the province at the negotiating table, while others want government assistance.

He said the continuing education of First Nations to better understand how the industry works, and to manage everyone’s expectations, plays a “big part” of the consultation process.

“When we come to do grass roots exploration, the expectation by a lot of Aboriginal groups is that we’re going to be starting a mine. But that’s not much different than a lot of smaller communities like Beardmore or Atikokan. You’ve got a drill program and they’re wondering when’s the next mine?”

The government promises it will improve the regulatory framework by “clarifying roles and responsibilities” when it comes to the First Nations consultation process.