Mine developer waiting on provincial permits 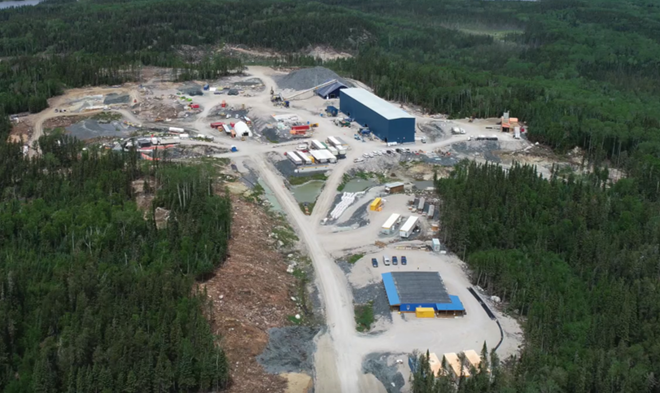 The head of a White River-area gold mine isn’t pleased that the inaugural start of production is being delayed until year’s end while the company waits on the province for the last of its operating permits.

Back in May, Harte Gold was targeting July as the beginning of production at its Sugar Zone underground gold mine, 25 kilometres north of White River.

The start date is now being pushed to the fourth quarter of this year.

In a progress report, Harte said on Aug. 8 that four permits remain outstanding before operations can begin. The company expects to receive them all by September.

No issues are expected to be raised by the various provincial ministries they were working with, the company said.

“While we are disappointed with the historic delays to permitting, we have made adjustments to the construction and mining schedules that allow us to continue toward our stated commercial production target,” said company president-CEO Stephen Roman in a statement.

Over the years, during the early development phase of the Sugar Zone project, Roman said they’ve worked closely with the various ministries to obtain permits for an access road, mill and hydro line construction, a tailings facility, exploration and bulk sampling, and now commercial production.

“In 2016, the company made a decision to start construction based on the permits received, in an effort to streamline multiple work streams and fast-track to commercial production. At that time, the Crown indicated full permits would be issued in June 2018.

"We are disappointed the target date has moved, however, we have the full support of our proximal First Nation, Pic Mobert, the Town of White River and all communities surrounding the Sugar Zone Mine. We are actively engaged with the respective ministries to complete the permitting process.”

Nevertheless, the company reports that good progress is being made in constructing the underground mine. Five mining levels are ready to go once the final permits come in.

During June, 198 metres of development was completed (averaging 6.4 metres per day) to extend the Sugar Zone Mine’s North and South ramps. The latter ramp will access drifts to the high-grade Upper Zone mining block, one of the first areas to be brought into production.

Redpath Canada is drilling and blasting the access ramps, sill drives and is hauling out material.

Foraco International SA will be handling the stope development, which is on hold pending final permits.

All the underground electrical work for 13.8 kilovolt power is done and a temporary transformer is in place to allow underground construction to continue.

On the surface, construction of the crushing spread and mill complex is complete and commissioning is underway using on-site generators.

The poles for a power line extending from White River to the mine site are up and the cable is being strung. It should be done by the end of August. They’ll throw the switch to connect to the provincial power grid in September.

All of the water used during operations will be treated on site, with 98 per cent of its recycled or reused.