Junior miner does the groundwork to go drilling in the Cobalt camp
May 9, 2018 1:18 PM By: Northern Ontario Business Staff 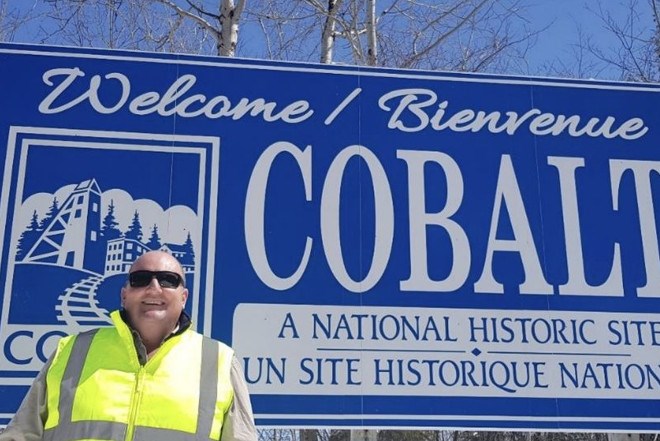 The Perth-headquartered outfit has been on a staking binge this spring to enlarge its holdings and fast-track its exploration efforts.

In early May, Meteoric grabbed more than 33-square-kilometres of prospective ground, about 40 kilometres northwest of the Town of Cobalt.

Dubbed the Beauchamp Cobalt Project, the company said the property “has all the right rock types combined with great geological structure, and we look forward to fast-tracking exploration at the property.”

The property contains Nipissing Diabase, which is the host rock type for cobalt and silver. It was never explored for cobalt because of the lack of outcrop and a layer of overburden, between two and 10 metres thick.

Called the Lorrain Cobalt Project, the property is filled with “abundant visual” cobalt showings in an area that hosted numerous silver and cobalt underground mines and surface pits.

Cobalt manager Tony Cormack and a geoscience team were on the site at the beginning of May to begin mapping and sampling the old mine shafts, pits and waste rock piles in preparation for exploration drilling later this year.

In a statement, managing director Andrew Tunks said securing this ground is a “real coup” to have property in the middle of the “most active jurisdiction on the planet for cobalt exploration…”

One report from the 1930s showed that 53 metres down one shaft on the property there was low silver values but plenty of cobalt.

The company is tracking a geological structure called the Cross-Lake Fault, which runs through their properties. Meteoric officials believe it holds the key to the cobalt and silver mineralization.

Meteoric has other cobalt and silver properties in Quebec and in the northeast, including its Iron Mask Project, on the fringe of the Sudbury Basin.

It was acquired in May 2017 with a package of other properties when Meteoric acquired Cobalt Canada Pty.