Orefinders prepared to use pit operation as cash cow to bootstrap northeast exploration
Jan 16, 2018 10:15 AM By: Northern Ontario Business Staff 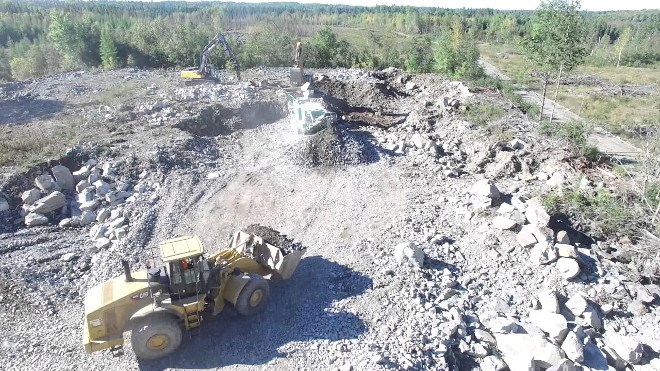 A Toronto gold exploration outfit is contemplating putting a former open-pit gold mine back into production near Kirkland Lake.

The preliminary economic assessment (PEA) covers only a small portion – about five per cent – of the company’s 2,460-hectare Mirado Gold Project, 35-kilometres southeast of Kirkland Lake.

The report, released by the company on Jan. 15, indicates the minerals in the pit, or near the surface, can be economically mined and brought into production in a relatively short period of time for only $2.6 million.

The company signed a toll milling arrangement and contractors would be hired for a conventional shovel-and-truck pit operation with a ramp access.

Based on a gold price of US$1,300 per ounce, the company believes the pit could generate cash to fund exploration on the rest of the Mirado property, as well as its other assets in northeastern Ontario.

Near Shining Tree, Orefinders has a 23.5-square-kilometre land package of five former mines with gold, silver and cobalt potential.

The project is viewed as relatively low risk given the site’s mining history, the property’s geology, the wealth of past exploration drilling data available, and its location in the gold country area of Kirkland Lake and the Abitibi Greenstone Belt.

Orefinders’ Kirkland Lake property contains three former mines. Gold was first mined at Mirado in the 1940s followed by a number of companies who subsequently explored, drilled and mined over the years, the last being Golden Shield Resource in the mid-1980s.

Much of the Mirado South Zone was pit-mined to a depth of 30 metres.

The material was removed from the pit and stockpiled on the property.

Last year, Orefinders sold 1,400 ounces of gold from a bulk sample extracted those stockpiles on the property.

Orefinders CEO Stephen Stewart was pleased with the “robust economics” in the PEA.

“While the numbers on this PEA are very strong, the Mirado has much broader potential than this standalone project. However, in light of the market’s circumstances over the past few years including the cost of capital, we thought it the best course for our shareholders to evaluate a near-term production scenario which would allow us to bootstrap the exploration and development of our assets.