Junior miner confident of progress in Ring of Fire

The head of the leading junior miner in the Ring of Fire feels it’s getting close to obtaining provincial approval to advance to the next phase of developing its nickel-copper deposit in the James Bay lowlands.
Jun 10, 2015 7:28 PM By: Ian Ross 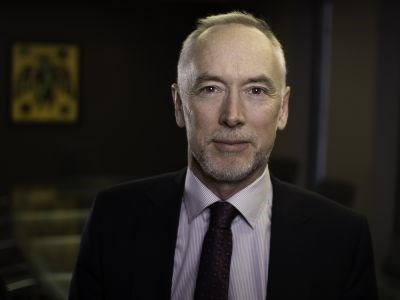 The head of the leading junior miner in the Ring of Fire feels it’s getting close to obtaining provincial approval to advance to the next phase of developing its nickel-copper deposit in the James Bay lowlands.

Al Coutts, president and CEO of Noront Resources, is expecting good news from the province within a few weeks on the much sought-after terms of reference on its environmental assessment report of its Eagle’s Nest project.

“From my conversations with the province, I think we’re very close to having something that’s going to work for all of us,” said Coutts.

The terms of reference outline the purpose and structure of the environmental assessment process.

In late 2013, Noront filed a 4,700-page draft environmental assessment report on its Eagle’s Nest deposit and a proposed west-to-east access road to both federal and provincial authorities as part of a so-called harmonized process. It was designed to avoid unnecessary duplication, delays and uncertainties on development projects.

Feedback has come from the federal review, not so much from the province.

The stumbling block, Coutts said, has been Ontario’s ongoing negotiations with the Matawa First Nations through the regional framework process. Matawa is a tribal council that represents nine communities with traditional lands in the area Noront is working.

Whenever a final agreement is eventually reached, it will address environmental issues, regional infrastructure, the health of the communities, resource revenue sharing, and provide a general understanding of how area First Nations will benefit and participate in development.

But the process seems to have taken longer than anticipated.

“In their minds, they (Ontario) were hoping to do this framework, get it out of the way and pave the way to seamless permitting,” said Coutts.

Though supportive of the process, Coutts remarked, “it’s taken a long time and there are lots of complex issues that have got nothing to do with industry and the past 100 years.”

The company isn’t enamoured that Eagle’s Nest has sat idling for two years in order to complete this “over-arching” agreement.

“That was the sticking point,” said Coutts. “I think they wanted to complete that and then move on permitting, but it’s taken such a long time. Now they’re coming around to saying, we can do that and advance these two (processes) in parallel.

“We were urging the government to start the permitting process on our mine. We intend to live and abide by the spirit of this regional framework and they could put things in the terms of reference that reflect on that.”

With a positive feasibility study completed, Eagle’s Nest contains 11 million tonnes of reserves of nickel, copper, platinum and palladium. The updated start date for commercial production is sometime in 2018. A proposed 280-kilometre access road would run from Pickle Lake to the deposit along a winter road route designed to minimize the environmental impact, avoid major river crossings and connect some of the isolated Matawa communities to the provincial highway.

In a bold move backed by Franco Nevada, Noront acquired the chromite properties in the Ring from Cliffs Natural Resources in a $27.5-million deal announced in March. The company now holds about 65 per cent of the land package in the mineral belt.

Now that they’ve consolidated an “incredible package of ground,” Coutts said they’ll spend the next few months combing through reams of technical and social data handed over from Cliffs.

Thanks to some exploration permits obtained from the Ministry of Northern Development and Mines, Coutts said they can take a more camp-wide perspective of their enlarged holdings.

Coutts said they’ve always been keen to do more regional exploration, but their focus has been on fully permitting Eagle’s Nest. In the months to come, Coutts wants to make progress on those fronts and conduct a preliminary economic assessment on all their original and newly acquired chromite properties.

Depending on market conditions, the company hopes to raise “north of $12 million” for exploration drilling possibly next winter.

Noront’s acquisition of the Cliffs properties didn’t sit well with two Matawa communities, Marten Falls and Aroland, which favour a north-south access corridor and fear they will be left out of development.

In hoping to air out these concerns, Noront put out feelers to the Matawa chiefs in May inviting them to “multi-party discussion forums” to address benefit arrangements, partnership opportunities and community impacts.

“I’m wide open. I’m waiting to hear from the communities on what they’re looking for and how they’d like to participate. Having First Nations as equity owners of parts of Noront, why not?

“We can do this in a traditional way, like impact benefit agreements, or we can be a bit more creative in how we want to do this.”

In dealing with two levels of government and addressing the concerns of nine distinct communities, Coutts said it’s a tricky proposition to dictate terms to local First Nations on how development will come together.

But after six years of building trust within the communities – and winning industry awards for its corporate social responsibility work – Coutts knows that despite all the political posturing that occurs, an underlying layer of support exists amongst those who wish to see development proceed.

“We know there are a lot of rumblings that go on for other reasons. We don’t take that personally. When things come up in the media, we rely on our reputation as a company.”