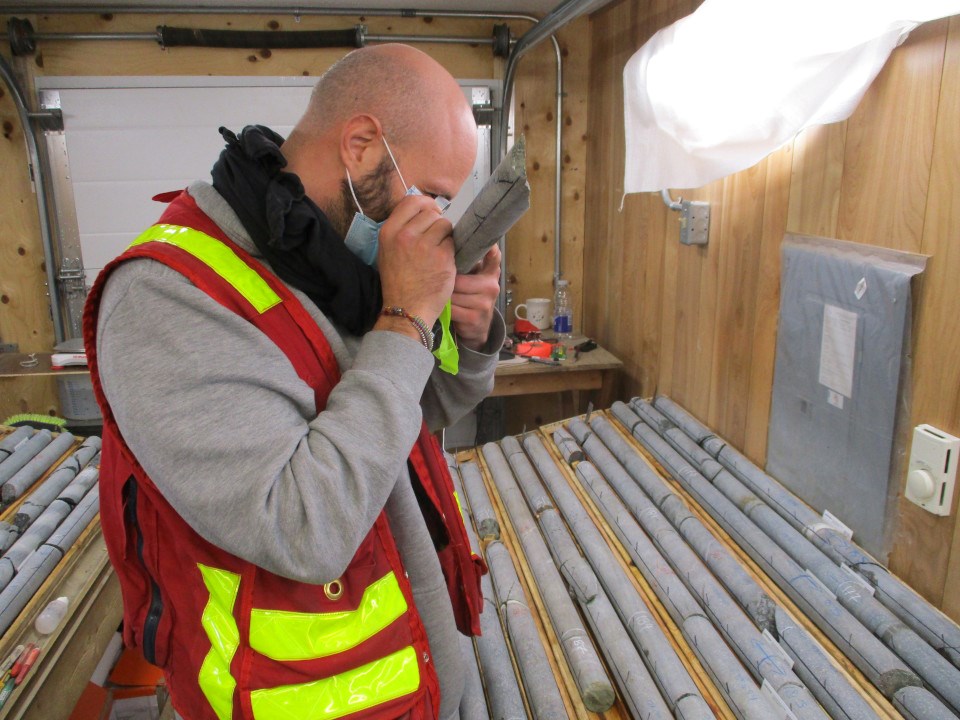 The Kirkland Lake area remains hot property for many junior miners drilling or acquiring property in the Abitibi region of northeastern Ontario. Meanwhile a cobalt plant developer is finetuning its strategy to bring a mothballed refinery back into production in the Temiskaming area.

The plan is to explore multiple target areas on the property with the first holes going in near the former Baldwin Mine, where historical production yielded gold grades of 15 grams per tonne.

With $7 million in cash, the company expressed excitement in a recent news releases in starting the first phase of drilling at the project, which it believes shares similar geological comparisons with other major producers in the Kirkland Lake camp.

The Kirkland West Project is 4,000 metres west of Kirkland Lake Gold’s flagship mine. The company believes the Baldwin Zone at the site hosts extensions of the mineral-rich Main Break fault and the Larder-Cadillac Fault Zone.

To the southwest, Orefinders Resources has found new gold mineralization below a former underground mine from the Second World War.

The aim of the 9,000-metre drill program at the former Tyranite Mine is to check out the continuity of gold mineralization 200 metres below the deepest parts of the old mine.

In a Nov. 5 news release, the company said the "mineralization was unexpected and Orefinders considers it to be a new discovery for Tyranite."

The mineralization is thought to be of a similar style to that of Alamos' Young Davidson Mine, 40 kilometres to the north.

The results came from its Kir Vit prospect on the 3,370-hectare property, which contains three high-grade gold deposits along a geological structure known as the Cadillac-Larder Lake Break. Kir Vit sits six kilometres north of these deposits.

The company said this is the third gold trend they've discovered at Kir Vit this year. The next steps are to start a second phase of drilling at Kir Vit, plus conduct some additional surface work on exposed outcrops.

“The discovery of a third mineralized trend at the Kir Vit prospect, which includes the highest grades encountered to date, is very promising," said Nathan Tribble, Gatling's vice-president of exploration in a statement.

"Our first pass drilling (earlier this year) hit gold mineralization in 13 out of 16 holes, and we are now factoring in the location of these new, higher grade results as we plan the next round of drill holes.”

The company also has a new boss in the corner office.

Jason Billan is the new president and CEO, replacing Nav Dhaliwal, who's bumped up to executive chairman with Gatling. Billan's strength is said to be in corporate development and capital markets in the global mining industry.

"His leadership will be a great asset to Gatling – helping to advance the Larder project through its next major phase of growth and unlocking value in the company," said Dhaliwal in a statement.

Vancouver's Northstar Gold has picked up additional ground to double the size of its exploration holdings, south of Kirkland Lake.

The 1,200-hectare Rosegrove Property was acquired through a purchase agreement involving $10,000 cash and the issuance of 50,000 common shares of Northstar to the vendor.

The property, close to the historic Boston Creek Gold Camp, is 1.5 kilometres northwest of the Miller Property, the company's main exploration focus. The company now has 2,300 hectares at its disposal.

In a Nov. 2 news release, the company sees an opportunity at Rosegrove to apply modern remote sensing and geophysical survey techniques to "detect blind gold deposits" covered by glacial till. A drone magnetometer and LIDAR survey for Rosegrove is scheduled for early 2021.

Northstar's Miller property, 18 kilometres southeast of Kirkland Lake, is where a 5,000-metre drilling program and survey just wrapped up with a number of gold discoveries made in the process. The next round of drilling begins at the end of this month.

NorthStar went public last year on the Canadian Securities Exchange after operating as a private company in the Kirkland Lake camp for 11 years.

On the production side, First Cobalt Corp. provided an update on its plans to restart a a dormant refinery outside the town of Cobalt.

Rather than sign a toll refining contract with Glencore, the Toronto company is discussing a long-term feed purchase contract with the international base metal mining giant.

It was Glencore that provided First Cobalt with a $5-million loan to do the technical and metallurgical studies toward the refinery's restart plans.

The company has North American's only dedicated refinery of cobalt.

The plant would convert cobalt hydroxide into a highly pure, battery-grade cobalt sulfate material, used in the manufacturing of batteries for electric vehicles, as well as other electrified consumer and industrial applications.

Back in July, the company announced plant expansion plans to quadruple production capacity to 55 tonnes a day, representing five per cent of the world's cobalt refining capacity.

The start of new construction at the refinery begins during the second quarter of 2021 with plant commissioning in 2022. The company said everything, timeline-wise, remains on track.

First Cobalt added the metallurgical testing of cobalt taken from Glencore's Katango Operation, a big Congolese cobalt and copper mine, shows recoveries of more than 97 per cent.

"With the decision to be a market purchaser of feedstock, rather than a toll refiner, the company has resumed discussions with lenders and intends to move aggressively to advance its strategy," said First Cobalt president-CEO Trent Mell in a Nov. 10 news release.

"We continue to advance our vision to create a new cobalt supply chain in North America, which will provide excellent leverage to a strengthening cobalt market for First Cobalt shareholders.”