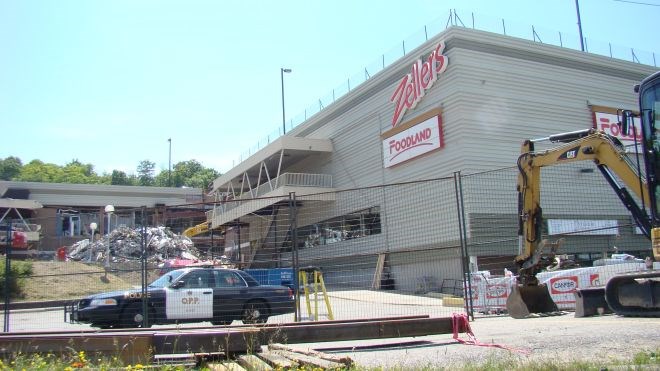 The province has announced $2.5 million in funding to establish 10 emergency response teams in six locations across the province. The move is a direct result of recommendations made following the collapse of part of the roof of Algo Centre Mall in Elliot Lake collapsed on June 23, 2012, which killed two women and injured several others. (File photo)

Seven years after two people died and several others were injured in the collapse of the roof at Elliot Lake’s Algo Centre Mall, the Ontario government is investing in emergency response measures across the province.

On Aug. 7, Solicitor General Sylvia Jones announced $2.5 million in funding for 10 emergency response teams in six locations across the province – including in North Bay and in Thunder Bay.

The province said the decision was a direct result of the recommendations following the Elliot Lake Inquiry. The one-year inquiry examined the events surrounding the partial collapse of the Algo Centre Mall roof on June 23, 2012, along with the emergency management and response.

Lucie Aylwin and Doloris Perizzolo were killed in the incident, and several others were injured.

At the time, questions arose as to why the rescue effort did not call on mine rescue volunteers, whose knowledge and expertise in emergency response could have potentially aided in the rescue and recovery efforts.

Mine Rescue is a network of 875 highly trained and respected volunteer miners stationed at 40 underground mines across Ontario, including about 200 more at various open pit operations.

Jones said the response teams would cover urban search and rescue, chemical, biological, radiological, nuclear and explosive, and hazardous materials. In addition to North Bay and Thunder Bay, teams will be located in Ottawa, Peterborough, Toronto and Windsor.

"When disaster strikes, Ontario families need to have confidence that help is on the way. That's why we're providing communities across the province with funding to respond quickly and effectively to large-scale and complex emergencies," Jones said in a news release.

“First responders put their lives on the line each and every day to protect us. That's why we are committed to providing these brave men and women with the tools they need to keep our communities and our families safe."

The province said the $2.5 million would:

The emergency response teams will be operated by the municipalities and support provincial efforts through an agreement with the Office of the Fire Marshal and Emergency Management.