Lack of berm on haul road caused driver injury at mine
Feb 5, 2018 8:00 AM By: Northern Ontario Business Staff 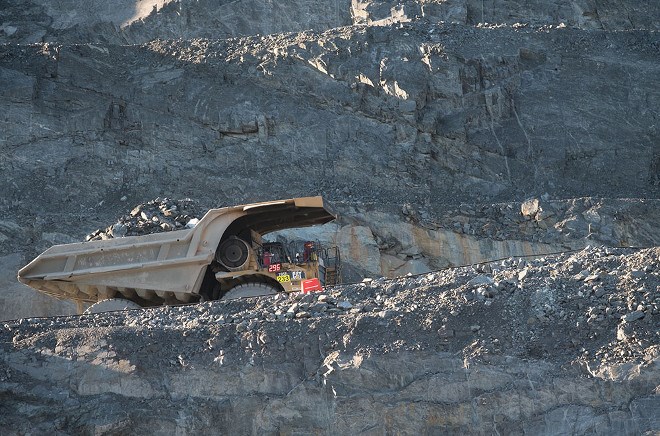 A dump truck accident in 2014 that seriously injured its driver has netted Detour Gold a hefty fine.

The mining company was fined $70,000 for failing to take the reasonable precaution of providing a suitable protective barrier along the open side of a haulage road.

The penalty was imposed by Justice of the Peace L. M. Scully in Cochrane on Feb. 2 following a trial last November that resulted in a conviction.

The Aug. 24, 2014 incident took place at the Detour Lake gold mine, 185 kilometres north of Cochrane.

According to a Ministry of Labour news release, the dump truck was hauling rock to the top of a tailings dam during the early morning hours when a heavy fog rolled in, reducing visibility.

There was no protective berm on the side of the road where the rock was to be dumped.  The berm acts as both a physical barrier and visual guide for equipment operators to prevent accidents.

The rock being hauled was to be used by a bulldozer operator to widen the ramp and road and build a berm.

The dump truck driver reversed to the area where the rocks were to be dropped but came too close to the edge of a very narrow section of the road where there was no berm.

The road gave way beneath the truck, which fell and flipped over onto its roof.  The worker received critical injuries.

A 25-per-cent victim fine surcharge was also assessed, as required under the Provincial Offences Act.