Decision on Marathon mine not until mid-2015

Palladium prices will have to stay high over the long haul before Stillwater Mining Company is ready to push the button on its Marathon PGM project.
0
May 21, 2014 2:39 PM By: Northern Ontario Business Staff 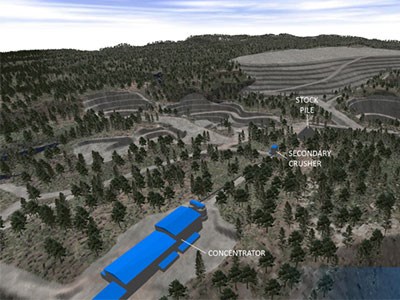 Palladium prices will have to stay high over the long haul before Stillwater Mining Company is ready to push the button on its Marathon PGM project.

The Montana miner is reworking the economics of its palladium-copper deposit just outside of the town of Marathon on the north shore of Lake Superior.

The company said in its latest investor presentation that a decision on a potential open pit will be reached “no earlier than mid-2015.”

In mid-June, the price of palladium reached a three-year high, hovering close to US $830 but not enough to satisfy Stillwater.

“At current metal prices, this project does not provide adequate shareholder returns,” said company-president Mick McMullen in a May 1 conference call to analysts.
In the meantime, project staff has been reduced by 50 per cent and annual spending cut by 60 per cent over last year.

Marathon is included in a company-wide strategic review that’s focused on investing in proven assets that make money for shareholders.

McMullen told analysts that having the price of palladium spike briefly “wouldn’t work for us,” but rather he’d like to see it stay high over a 10 to 15-year period. Copper prices need to improve as well.

McMullen said there are also capital costs, mine life and various processing options being considered.

“We don't currently have the ability to treat that Marathon material down here (in the U.S.), but there are some interesting things that we are working on, which if it works, may get that project to where it needs to be.”

Moneta Porcupine Mines starts preliminary economic assessment on Timmins-area gold project
Apr 8, 2020 12:00 PM
Comments
We welcome your feedback and encourage you to share your thoughts on this story. We ask that you be respectful of others and their points of view, refrain from personal attacks and stay on topic. To learn about our commenting policies and how we moderate, please read our Community Guidelines.