It wasn't just the shareholders reaping the benefits of the gold mines in Tim­mins several decades ago – highgrad­ers were getting rich too.
0
Mar 5, 2013 2:53 PM By: Liz Cowan 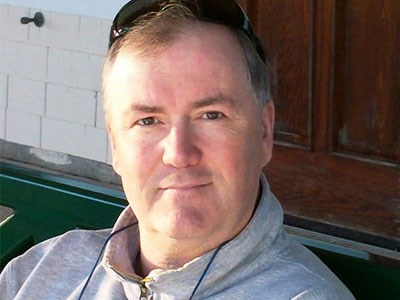 It wasn't just the shareholders reaping the benefits of the gold mines in Tim­mins several decades ago – highgrad­ers were getting rich too.

Kevin Vincent, a Timmins journalist and broadcaster, released the first of three volumes of Bootleg Gold, which recounts the untold stories of gold smuggling in the city and elsewhere around the world.

A chance encounter with a former Tim­mins police officer in the 1980s sparked his interest in highgrading.

After listening to Jack Atkinson's tale of his involvement in bringing down the biggest gold smuggling operation in North America, Vincent was hooked.

“I asked Jack where all the books and movies and documentaries were on gold smuggling and he said there was nothing. That's when I started doing research and it was much bigger than I imagined on a global scale. None of it has been held out as this major crime enterprise,” he said.

Vincent's first volume recounts the sto­ries of some of Timmins' highgrading capers, including the 1938 Dome Mine robbery, along with some escapades from other places.

“I didn't 'out' anyone in the book and it wasn't my intention to do that,” Vincent said. “If I outed one prominent business­person, I would have to out everyone in Timmins.

“A large percentage of the prominent business community has its roots tied to the gold smuggling industry. In the 1920s, '30s, and '40s, there was so much gold here, every business had to have a set of scales under the counter. If you didn't, you weren't in business,” he said.

Highgrading started with the under­ground miner stealing, perhaps, an ounce at a time, and getting 50 per cent of its worth on the black market. But shift bosses, mine captains and even mine managers were also involved in taking the gold.

“When the gold was all put together, it was really compiled by just a handful of individuals and they controlled every­thing. If you tried to move significant amounts of gold outside of their opera­tion, you ran a real, serious risk,” Vincent said. “Everyone knew it was going on and there were rules of engagement you had to follow.”

The gold was carried out of the mines in imaginative ways, such as in lunch pails, under fingernails, boot soles or inside false teeth constructed by local dentists.

Vincent estimates that he has spent up to 8,000 hours conducting research on the topic over a span of more than 25 years. He has 17,000 pages of documents dating back to 1911, just for Timmins alone.

“It certainly was a passion but it didn't consume my life by any means,” he said. “It was a pleasure doing it and there were so many amazing stories and anecdotes.”

One of his favourite chapters in the first volume tells the story of Walter Wil­son, who arrived in the mining camp in 1915. While living as a farmer tending to a two-acre garden, he was also busy buying and selling gold. In two years, he had sold $128,000 worth of gold to the U.S. Mint, the equivalent to more than $9 million today. He was finally caught and sentenced to a jail term, but the mint never gave the sto­len gold back when asked to.

“He was the first big-time highgrader to get caught out of Timmins,” Vincent said. “He wasn't the biggest operator, but it was a staggering amount of gold for one indi­vidual.”

The second volume, which will be re­leased this spring or summer, will in­clude a digital copy complete with video and audio clips. Vincent has also signed a deal with a Toronto film company and they are in the process of developing a TV series. He released 1,000 copies of the first volume and only a handful remain.

“You can't make this stuff up,” he said. “There are so many amazing stories and it has been so much fun.”