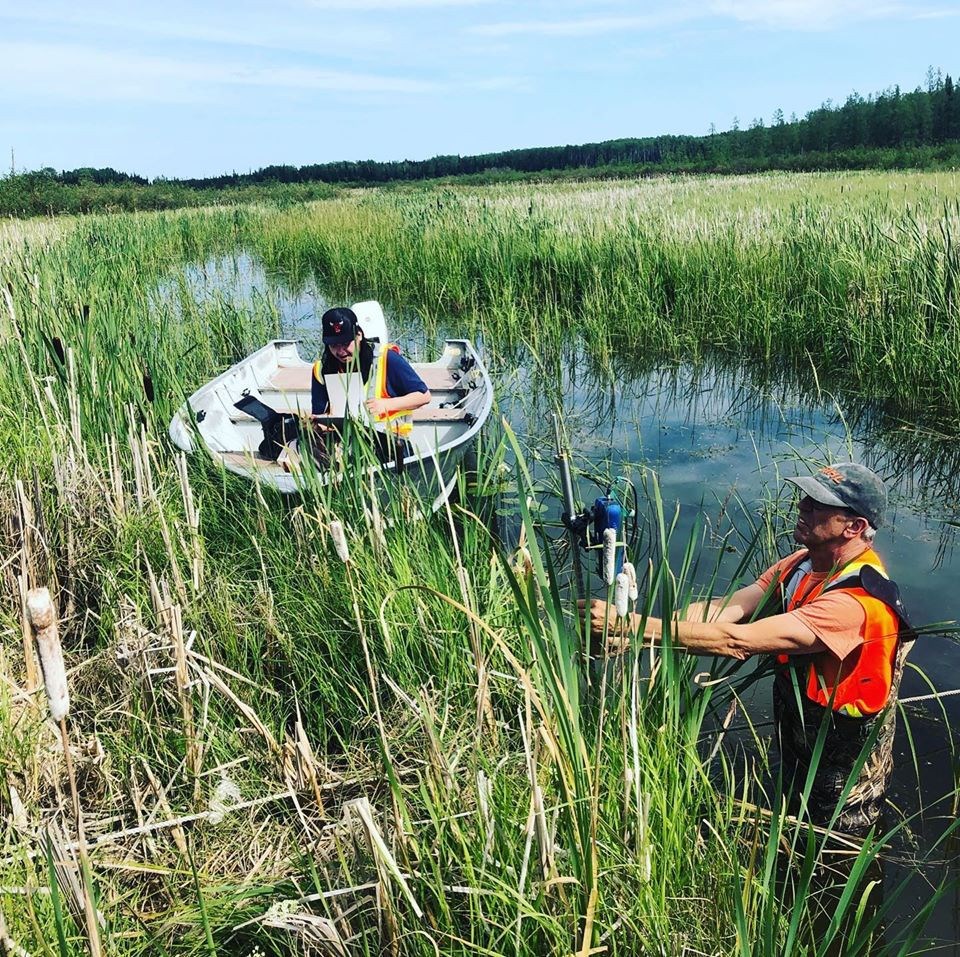 A Sudbury lithium exploration company has been recognized by its peers as having an exceptional discovery in northwestern Ontario.

Frontier Lithium received the Bernie Schnieders Award for Discovery of the Year for its Spark Pegmatite deposit, north of Red Lake.

The Northwestern Ontario Prospectors Association made the announcement on April 20.

The deposit is within the company’s Pakeagama Lake Pegamatite (PAK) project, 175 kilometres north of Red Lake, and covers a claims belt over 26,774 hectares near the Manitoba border.

After making the initial discovery in January 2019, two drill programs were completed last year before the company released the first resource estimate in early February of this year.

Overall, the PAK pegmatite deposit is a 9.3 million-tonne resource, with an average grade of 2.4 per cent lithium oxide. It’s estimated to have a 16-year mine life.

Pegmatite is a typical host rock for finding lithium. Lithium is used in batteries for electric vehicles.

The company believes the property can be developed quickly to serve the premium glass and ceramic industry.

The company is also working with Glencore XPS in Sudbury to develop a refining process to create lithium hydroxide for North American battery manufacturers.

This award, and others, is usually handed out annually at the association’s exploration showcase and awards banquet in Thunder Bay in early April. That event was cancelled due to the pandemic.

The Developer of the Year will not be awarded. Other awards for Distinguished Service and Lifetime Achievement have been deferred to a later date.

The Bernie Schnieders Memorial Award was split between two Lakehead University Master of Science students with Justin Jonsson and Andrew Jedemann sharing the acknowledgement for their geology research award at Lac des Iles Mine and Vancouver Island, respectively.