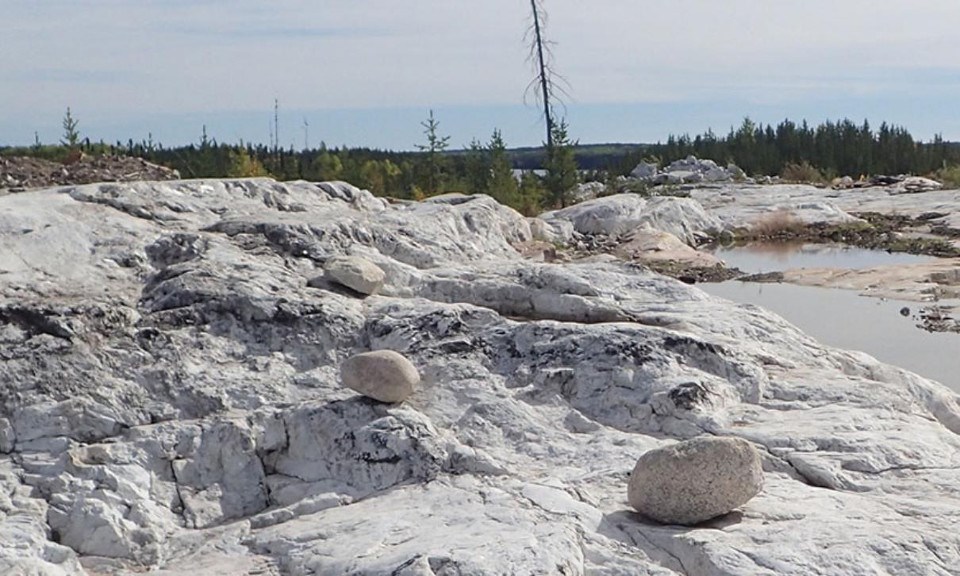 A Sudbury lithium exploration company has posted a “maiden” resource estimate of a second high-grade deposit on its property in northwestern Ontario.

The company is evaluating if it can be mined by open-pit methods as they turn their attention toward building a plant to make lithium concentrate at the site.

Frontier’s PAK project is a 26,774-hectare property, strung out in a long corridor of claims that runs for 65 kilometres, up near the Manitoba border.

The company has been promoting this remote area as an emerging premium lithium-metal district, dubbing it Electric Avenue.

Frontier claims it’s on par, or better, than some of the more established lithium deposits in the world.

The Spark deposit, which was discovered in September 2018, is only a couple of kilometres away from Frontier’s more advanced PAK deposit.

The PAK pegmatite deposit is a 9.3 million-tonne resource, with an average grade of 2.4 per cent lithium oxide. It’s estimated to have a 16-year mine life.

Pegmatite is a typical host rock for finding lithium.

Frontier has a third prospect, Pennock Lake, another pegmatite occurrence, about 30 kilometres away.

The company believes they have a property with open-ended potential that can cater to the North American lithium battery market.

“We are pleased to have been able to put out this maiden lithium mineral resource estimate less than 14 months after the ‘discovery’ of the Spark pegmatite,” said company president-CEO Trevor Walker in a Feb. 4 news release.

“Located in Ontario’s premium lithium jurisdiction, the Electric Avenue, this second deposit on the PAK Lithium project supports our exploration model and highlights the resource upside potential for any required expansion in the future.”

Frontier expresses high hopes that the property can be developed fairly quickly.

While the company is positioning itself to eventually scale up to serve the battery market, there’s enough near-market opportunity to supply the premium glass and ceramic industry.

According to Frontier’s timelines, a first phase pilot plant could be ready by 2021.

For the next stage, the company has been working with Glencore XPS in Sudbury to develop a refining process to create lithium hydroxide for North American battery manufacturers. That expanded plant could, tentatively, be operating by 2025.

“The management is focused on Phase I development plans under an advanced exploration program to confirm the project’s economic viability through the construction and operation of a demonstration concentrator plant,” said Walker.