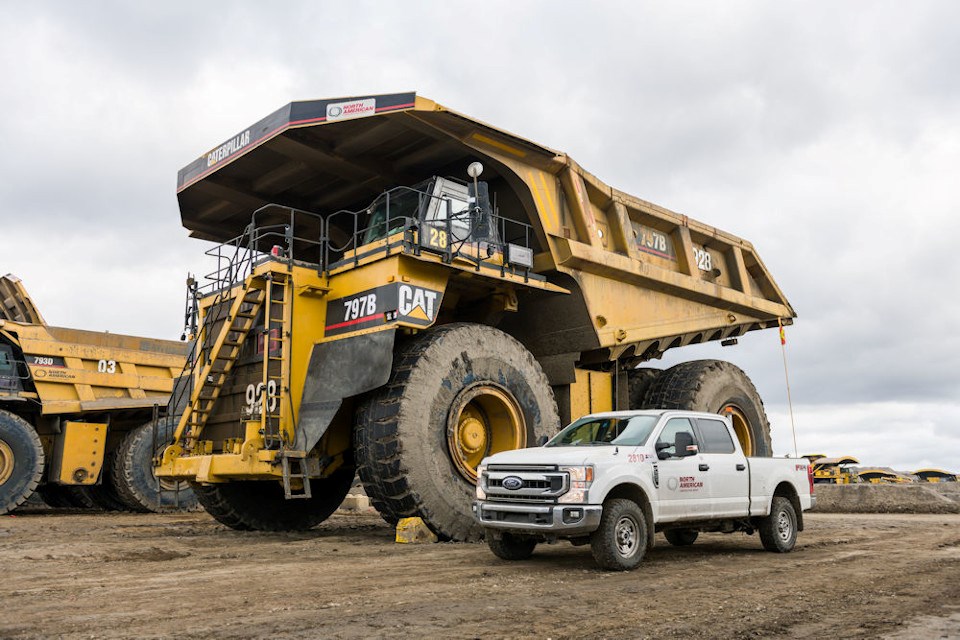 Two Alberta companies have been awarded a more than $250-million contract for IAMGOLD's Côté mine project in Gogama.

North American Construction Group (NACG) and the Nuna Group of Companies formed a joint venture partnership to begin construction this fall on the earthworks for the mine.

An Edmonton media report said NACG has started shipping its equipment across the country to a site between Timmins and Sudbury that's expected to create nearly 1,000 jobs.

Officials from IAMGOLD, which had a sod-turning ceremony earlier this fall for its Côté open-pit mine project near Gogama, didn't respond to requests for confirmation.

NACG is based in Acheson, Alberta. Nuna is headquartered in Edmonton with a regional office in Thunder Bay. Construction at this project is expected to commence this quarter and ramp up through the first quarter of 2021. Peak volumes will be achieved in the third quarter of next year and wrap in the fall of 2022.

Nuna is the largest Inuit-owned heavy civil construction, earthworks and mine construction contractor in Canada with an extensive client list and stable of projects ranging from large-scale natural resources to small public and private civil works.

Nuna is jointly owned in a 51-49 percentage by the Kitikmeot Corporation and North American Construction Group, respectively.

“We are pleased and proud of the combined NACG & Nuna team for achieving such a significant milestone in our economic growth plans," said NACG president-CEO Joe Lambert in a statement.

"This record award demonstrates the revenue synergies and opportunities for growth and diversification that are possible through our ownership interest in Nuna.”

The companies have partnered with local Indigenous communities which will participate directly in the project benefits.

"The award of this project, a result of a strong and integrated effort with NACG, further solidifies our strategy of taking Nuna’s unique brand of remote project development and sustained Indigenous engagement to major clients in eastern Canada," said Nuna's president-CEO Miles Safranovich.

Two northwestern Ontario mine project builders among the best in their field
Dec 4, 2020 9:00 AM
Comments
We welcome your feedback and encourage you to share your thoughts. We ask that you be respectful of others and their points of view, refrain from personal attacks and stay on topic. To learn about our commenting policies and how we moderate, please read our Community Guidelines.