AECOM selected to be the Ring of Fire road planner 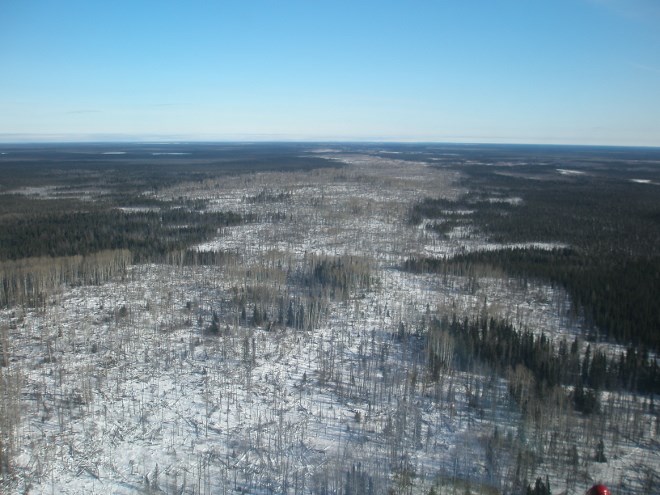 Sand ridge to the Ring of Fire.

AECOM has been selected by Marten Falls First Nation to conduct the road study and environmental assessment (EA) for a transportation corridor that will eventually lead to the Ring of Fire mineral deposits.

The global engineering giant will work with the remote James Bay region community to complete the provincial EA and do the preliminary design for a proposed permanent access road.

In a Nov. 22 news release from the community, Chief Bruce Achneepineskum and council expressed confidence that teaming up with AECOM “will deliver good outcomes for the community and the region.”

Marten Falls is a community with a registered population of 720, located on the Albany River, about 300 kilometres northeast of Thunder Bay and about 100 kilometres southeast of the Ring of Fire.

Those Indigenous communities deemed ready for mining development have been handed the responsibility of building, planning and operating these corridors, and have agreed to follow the environmental assessment process on how these roads could impact the environment.

The first leg would connect the remote community to the provincial highway system in the Aroland-Nakina area, at the north end of the Painter Lake forestry road.

A second phase will involve a crossing of the Albany River to create a corridor to the future mining camp.

This right-of-way is widely believed to be the path for a future ore-haul railway for Noront Resources to send chromite off for processing.

According to the Marten Falls’ new release, a community project team has performed one field season of baseline environmental surveys.

To complete the next steps, AECOM will perform the more in-depth data collection, prepare all the necessary technical studies and documentation, and also do the consultation with Marten Falls members and area communities.

"We are very pleased to note that AECOM brought a consortium of sub-consultants together to form a world-class team that includes local consulting firms as well who have recently worked successfully with First Nations to deliver similar all-season community access roads in other provinces,” said Achneepineskum in a statement.

“This project is an opportunity to move forward on addressing many socio-economic needs of the community, including access to more affordable food and housing, access to training, education, health-care and employment and access to neighbouring communities."

Just days before the start of last summer’s provincial election, Marten Falls and Webequie signed individual agreements with the province in early May to initiate the provincial EA process.

The Webequie EA agreement involves a proposal for a short supply road from the community to Noront Resources proposed Eagle’s Nest nickel mine site.

When the province first announced in Aug. 2017 that Marten Falls would be on the path of two planned routes into the Ring of Fire, it was thought, then, that construction of the road would start in 2019.

But a full environmental assessment usually takes two to three years. And Ottawa will also have a role to play through the Canadian Environmental Assessment Agency, especially with two other First Nation communities in the region speaking out in opposition.