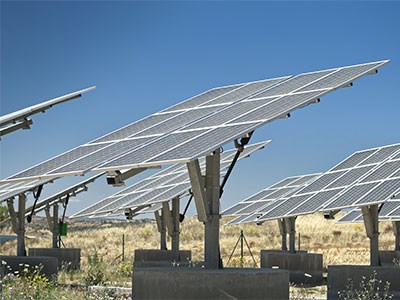 Costly wind and solar project contracts are primarily to blame for Ontario’s rising power prices, according to a Fraser Institute study released Oct. 30.

Costly wind and solar project contracts are primarily to blame for Ontario’s rising power prices, according to a Fraser Institute study released Oct. 30.

The 40-page report co-authored by Ross McKitrick and Tom Adams entitled, “What goes up, Ontario’s soaring electricity prices and how to get them down,” details how the province’s annual power cost has risen by more than 50 per cent since 2004, while wholesale market prices have been declining.

The focus of the public policy think-tank’s study is the so-called Global Adjustment, what they describe as a “non-market mechanism that now dominates power pricing in Ontario.”

The provincial government’s decision to close its coal-fired power plants in favour of entering into long-term contracts with renewable energy companies that charge the Ontario Power Authority (the OPA) with “higher-than-market-value prices” for power has resulted in an extra charge being slapped on consumer electricity bills called the Global Adjustment.

“In the U.S., power rates have been falling but Ontarians are paying more than ever because of the Global Adjustment,” said Tom Adams, independent energy analyst and study co-author.

The report concludes that the solution is for the province to halt all new hydroelectric, wind and solar projects, and terminate, “where possible,” all existing contracts between renewable energy companies and the OPA.

The study said Ontario could import electricity from Quebec and reopen four of 12 coal-fired power units at Lambton and Nanticoke that were refurbished with advanced air pollution equipment prior to their closure, making them as clean to operate as natural gas plants.

“The Ontario government conducted a misleading public relations campaign to demonize coal and scare the public into thinking that the Lambton and Nanticoke plants greatly harm Ontario’s air quality, which is false,” McKitrick said.

Using the results from a new econometric model of factors driving Global Adjustment (GA), we estimate that solar and wind systems provided just under 4 percent of Ontario’s power but accounted for about 20 percent of the average commodity cost in 2013—a consumer impact greater than the direct payments to wind and solar generators. In addition, the model indicates that each additional 1 MW of new wind capacity adds about $0.02/MWh to the Global Adjustment after netting the offsetting benefit of revenues from wind production; that each additional MW of new hydro-electric capacity over the past decade has added about $0.015/MWh net to the GA; that solar power generation has a large marginal impact on the GA that will be more accurately estimated when the amount generated becomes material; that reductions in coal-fired power generation in Ontario were associated with statistically significant increases in the GA; and that imports can potentially reduce the GA, but that exports occur under circumstances that increase it.

We observe that encouraging greater domestic consumption and suspending conservation programs would reduce power costs in Ontario, particularly if the demand shortage could be relieved during times of surplus generation. We also recommend a moratorium on new renewable power capacity; pursuit of regulatory and legislative options to reduce operating renewables capacity; keeping available for restart 4 of 12 coal-burning units at Lambton and Nanticoke; exploring the option of large-scale imports of power from Hydro Quebec to bridge the interval for nuclear power plant refurbishment; and, careful scrutiny of nuclear refurbishment investment value.

OPINION: New global standard on mine tailings management won't prevent another Brumadinho
Sep 22, 2020 12:00 PM
Comments
We welcome your feedback and encourage you to share your thoughts. We ask that you be respectful of others and their points of view, refrain from personal attacks and stay on topic. To learn about our commenting policies and how we moderate, please read our Community Guidelines.