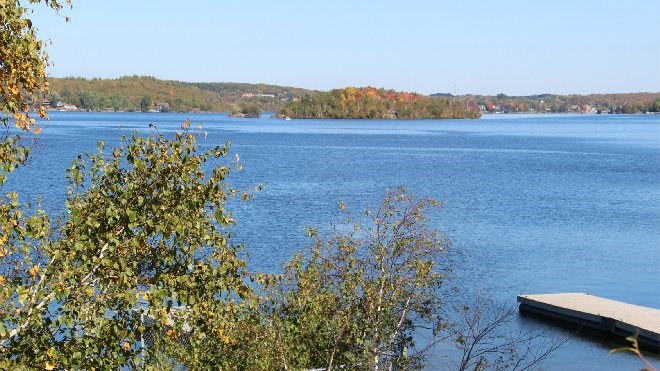 Sudbury's acid-damaged lakes have made a faster recovery than experts thought possible.

According to John Gunn, director of the Vale Living with Lakes Centre at Laurentian University, this is “proof positive that clean air produces clean water.”

Since the U.S. Clean Air Act of 1990, a lot of research has been done on a national and international level on the recovery process of severely damaged lakes. Researchers have done a lot to investigate the different factors that go into that recovery.

This year, the Vale Living with Lakes Centre launched the Community Restoration of Acid Damaged Lakes, or CRADL, with the support of Vale, Laurentian University, and the Ontario ministries of Environment, Conservation and Parks, and Natural Resources and Forestry.

CRADL's main purpose is to assess the status of fish populations and food webs in acid damaged lakes, and to determine the success of recent attempts to reintroduce certain species back into the water.

The initiative planned to take samples from 20 lakes this summer, and about 60 more in the near future. There are currently three crews of students working on the project, including interns from an Indigenous environmental Keepers training program.

They are flying out on airplanes to remote locations, testing the water, and catching fish to determine which species are thriving in the area. The results have been very encouraging.

“I would not have thought that I would live long enough to see the fish recover at the rate they have,” said Gunn.

Lake trout are one of the species that were heavily impacted by acid rain.

In Ontario, lake trout lakes are rare. Only about one per cent of the province's lakes contain lake trout, and due to a number of factors, the species is especially vulnerable to human activity, acidification, species introductions, and habitat destruction.

The species is one of the few that thrives in cold temperatures, and they were severely impacted by rising temperatures from acid rain.

Over the past decade, the Ontario government has begun to reintroduce lake trout to the area. The results of their efforts have surpassed expectations.

Gunn and his team have also discovered that the recovering forest population has also positively impacted our bodies of water.

One of the reasons is that trees slow down the wind so the warm surface water doesn't get mixed into the depths of the lake.

The forest also sheds leaves and branches around the lake. This debris creates what Gunn calls “forest tea” in the water.

Essentially, the water leeches out organic matter from the debris, kind of like when you put a tea bag into a cup of water. The tea floats near the surface of the water and acts as a sunblock, providing the bottom of the lake with protection against the sun's rays.

The “forest tea” or dissolved organic matter also binds with dissolved metals in the lake which built up from past smelter operations.

Because of the forest tea, Sudbury's lakes are actually colder, despite rising temperatures on the surface from climate change, which has allowed the fish populations to thrive.

While Gunn recognizes that this might change in the future, for now, he remains optimistic.

Kenora contractor selected as provincial energy board director
Jul 14, 2020 3:00 PM
Comments
We welcome your feedback and encourage you to share your thoughts. We ask that you be respectful of others and their points of view, refrain from personal attacks and stay on topic. To learn about our commenting policies and how we moderate, please read our Community Guidelines.