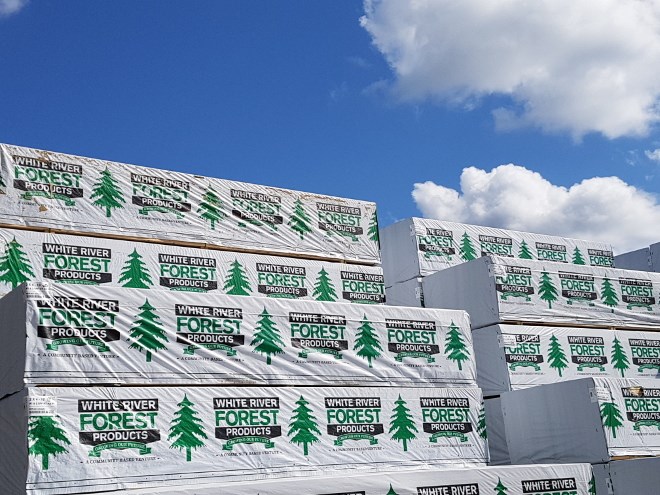 White River Forest Products is making more than $9.5 million in upgrades and creating new jobs at its sawmill near the north shore of Lake Superior.

The money is geared toward new product development which requires additional debarking and drying capacity, and sawline modifications, including residual handling.

The province contributed $1.9 million through its Jobs and Prosperity Fund but the bulk of the investment is coming from White River Forest Products.

"We're happy to be one of the first company to receive monies from this fund," said company president-CEO Frank Dottori in an April 19 news release.

"The upgrades we're making total over $9.5 million and the province's contribution towards creating 15 new jobs and modernizing the facility is an encouraging recognition of the importance of green industries like forestry.”

"It's important to better utilize all of our natural resources," Dottori said of the upgrades.

"Instead of leaving behind 30 percent of the species, with new product development we can enable better forest management."

The company employs 161 employees and is looking for labourers, tradespeople, and people to fill management positions.

"This will create more than the 15 new jobs on site," said Dottori. "Of course, there will be spinoff jobs created in forest harvesting, and transportation, among others."

"Increased production while the lumber prices are where they are is critical to allow us to be able to continue to modernize our mill and improve efficiencies," said Dottori. "New product development is also always exciting."

The company reopened the formerly shuttered Domtar mill in 2013.

In 2016, Dottori, an industry legend and founder of Tembec, bought the former Haavaldsrud sawmill in Hornepayne, an hour's drive north of White River. The dimensioal lumber mill and co-generation plant closed up in November 2015.

Last fall, an alliance of three First Nation communities in northeastern Ontario bought a 30 per cent stake in the mill and co-gen power plant.

The newly formed Northeast Superior First Nation Investment LP finalized a deal to be a partner in Hornepayne Lumber and Hornepayne Power.

The group delivered a $4 million equity investment in the two ventures.