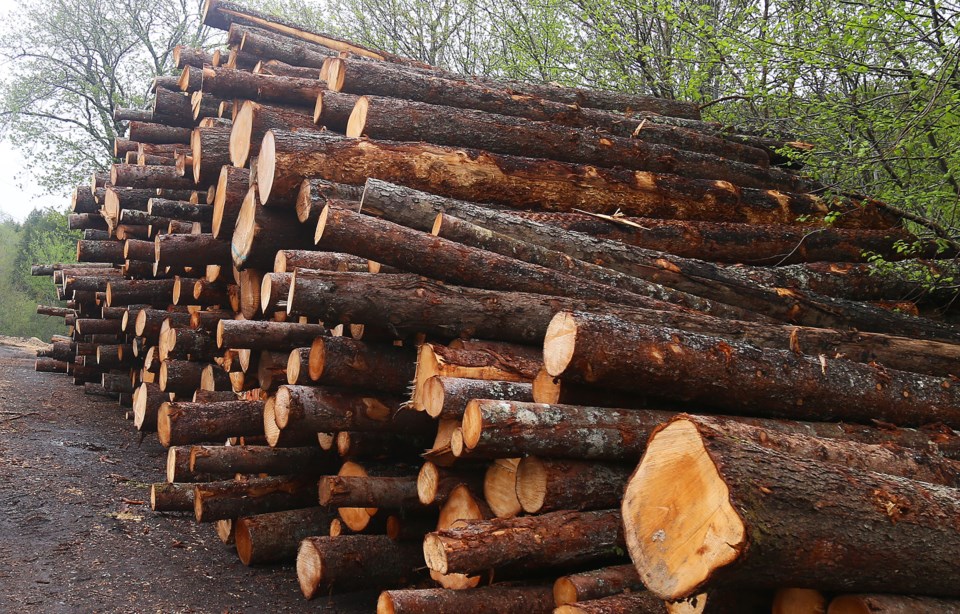 As the public comment period for a proposed $300-million sawmill in Bonfield, east of North Bay, winds down, its developer is hopeful to soon be in possession of a facility licence, which would give him the go-ahead to start construction.

On May 28, the Ministry of Natural Resources and Forestry (MNRF) posted an outline of the International Wood Industries (IWI) project on the Environmental Registry of Ontario, giving members of the public 30 days to provide feedback on the sawmill and its expected impact on the area.

“We did start this process over a year ago, and there were lots of questions along the way,” said project proponent Gary Medwid.

“We addressed them as they came up, and we finally were able to get to a point where (the ministry) agreed to recommend approval of the licence to the minister of natural resources, subject to a 30-day public posting.”

That input period closes at 11:59 p.m. on June 27, and those comments will then be vetted by the ministry as it weighs the overall merits of the project.

Announced in July 2017, the project calls for IWI, operating as Bonfield Forest Products, to construct a $300-million state-of-the-art wood processing facility that would annually consume roughly 400,000 cubic metres of hardwood and softwood fibre.

Wood is proposed to come from the Nipissing Forest, the Algonquin Park Forest and the Temagami Management Unit, in addition to private land.

If approved, the facility is expected to produce approximately 90 million board feet of product per year and is anticipated to employ 90 people to start.

Those people are currently working in other capacities, but are ready to come on board once the facility is approved to go ahead, Medwid said. Those managers will then be responsible for filling out the staff.

“We’re also going to have some of our own harvesting operations, so we have to staff that up as well,” he said.

With close proximity to major, growing markets like Ottawa and Toronto, Bonfield Wood Products would be a “natural supplier to that market for a lot of our softwoods,” Medwid said.

Though there’s no guarantee that the licence will be approved, “we think we’ve met all the conditions that the MNRF placed on us, and there should be no reason not to issue it,” he added.

A civil structural engineer by training, Medwid has focused his career in three areas: real estate development and construction, wind power, and forestry. He said he operated a sawmill in Europe for a time, and has harvested wood in Ontario and Québec.

It was while attending a forestry equipment tradeshow in Montréal that he reconnected with a contact from his days in Europe and the idea of a sawmill started to germinate.

His research pointed to a dearth of forestry operations in the Bonfield-Mattawa area, and the idea grew from there.

In its posting, the MNRF points to a requirement for the proponent to provide evidence of financial security before the proposal could go ahead.

“International Wood Industries Inc. and Bonfield Forest Products Inc. have not yet demonstrated the ability to finance construction and operation of the facility,” the posting reads. “The company intends to continue towards meeting this requirement during the comment period.”

Medwid said the finances are in place, but the nature of the approvals process puts the developer in a unique chicken-and-egg scenario.

“The funders don't want to close on the funding until we know the mill licence is issued, and the ministry is reluctant to issue the mill licence without having some further confirmation from our funders that the funds are there,” he said.

But Medwid anticipated additional documentation to provide the ministry with more assurance would be supplied before the comment period ended.

Though he declined to name its origins, the funding will be provided in two packages, he noted. The project has a debt-financing agreement with European sources, while the equity will come from a Toronto capital group, Medwid said.

As to the fibre, Medwid said discussions are ongoing with Sustainable Forest Licence (SFL) holders and harvesters that could supply wood for the facility.

Most of the 400,000 cubic metres of wood fibre outlined in the proposal would come from Crown forests and are volumes that are available but not currently spoken for, he said.

“I can't say if private harvesters are already in agreement with another producer,” Medwid said. “We've just dealt with individual harvesters that have cutting rights.”

But, as the Bonfield-Mattawa area still has capacity for wood processing – the only other facility is a hardwood veneer plant operated by Columbia Forest Products in nearby Rutherglen – Medwid said area harvesters currently have to haul wood out of the region, often across the border in Québec, to be processed.

Having a facility closer to home could cut down on haul time and, ultimately, cost.

That, along with better use of the forest, revenue for the province, job creation and becoming a source for high-end finished products are all among the reasons Medwid is confident in the proposal.

The MNRF hasn’t indicated how soon he could be delivered a decision following the close of the comment period, but Medwid said if the project’s greenlighted, construction would start as soon as possible.

“We’re in the summer period where we can do a lot of site work and preparation and get our foundations in the ground before the snow flies,” he said.

“So we can’t really afford to lose much more time without losing years.”