The launch of a new architecture school in Sudbury hould go a long way toward stemming youth outmigration from this region, said the president of the Ontario Association of Architects (OAA).
0
Oct 29, 2013 2:19 PM By: Ian Ross 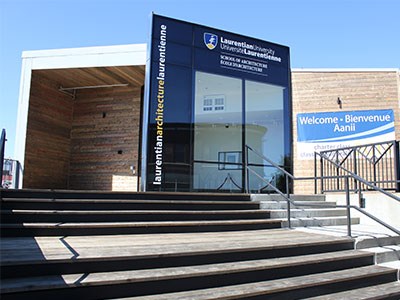 The launch of a new architecture school in Sudbury hould go a long way toward stemming youth outmigration from this region, said the president of the Ontario Association of Architects (OAA).

“I believe it will open up opportunities for people to stay and come and practise in the North,” said Bill Birdsell, “and it will enhance the local design culture because of the opportunities.”

In September, Birdsell embarked on a 14-city Ontario tour through Sudbury, North Bay and Thunder Bay, which offered him the opportunity to meet with 400 to 500 members.

Laurentian University's new downtown campus in a former CP Rail telegraph building and the adjacent farmer's market plaza has been lauded as the first architectural institute in Ontario in 40 years.

Birdsell said it's very existence has much to do with the local groundswell of support, including dedicated funding from the City of Greater Sudbury ($10 million), that put Laurentian over the top.

Other contributors were the Ontario government ($26 million) and FedNor ($5 million).

“Institutions bring life back in the downtown. You've got the activity from the support of local business and several hundred people there on a daily basis and also from students who want to live in close proximity to the school. That gives you an opportunity to grow residential which enhances the downtown because it doesn't empty the streets in the evening.”

Birdsell pointed to Brantford as enjoying a wonderful resurgence in its once-stagnant downtown coinciding with the arrival of a satellite campus of Wilfrid Laurier University that has attracted thousands of students to its core.

On the job front, Birdsell believes the first charter class of 70 should have no problem finding work upon graduation.

Even though the licensed profession of architecture in Ontario has grown by 25 per cent in the last five years, “there is a shortage of architects right now.”

With Ontario's population on the rise, “I think there will a high demand.”

Birdsell said the nature of the school's co-op program will provide mutually beneficial opportunities for both faculty and students to work with local industry in delivering both real-world experience and to inject fresh blood into various practices in Northern Ontario.

If there's one trend that Birdsell would like to see the new school champion, it's green and sustainable building design.

The OAA has adopted a program called the 2030 Challenge, an energy efficiency initiative to make new or renovated buildings carbon neutral.

Washington State was the first U.S. state to adopt this into its building code. By 2030, homes and commercial buildings must be 70 per cent more efficient than today.

“Basically it's a new set of design tools to help practitioners study and model their buildings.”

And the opening of the new school, Birdsell said, signals an opportunity to bring more convention business to Sudbury, specifically the OAA's annual conference.

“There is discussion that I personally support.”

The conference is planned two years in advance with the location chosen by members through a survey. Due to the association's large southern Ontario membership base, the event is usually staged in Toronto or Ottawa.

“There is an opportunity to open it up. In the near future there will be a conference in Sudbury. The support is there,” said Birdsell, noting that Sudbury hosted a very successful Ontario Building Officials Conference last year.

“With the conferences held outside of Toronto, we become a community for a brief few days that week. There's a lot of conversion and we pull together, and that's exactly what would happen in Sudbury.”