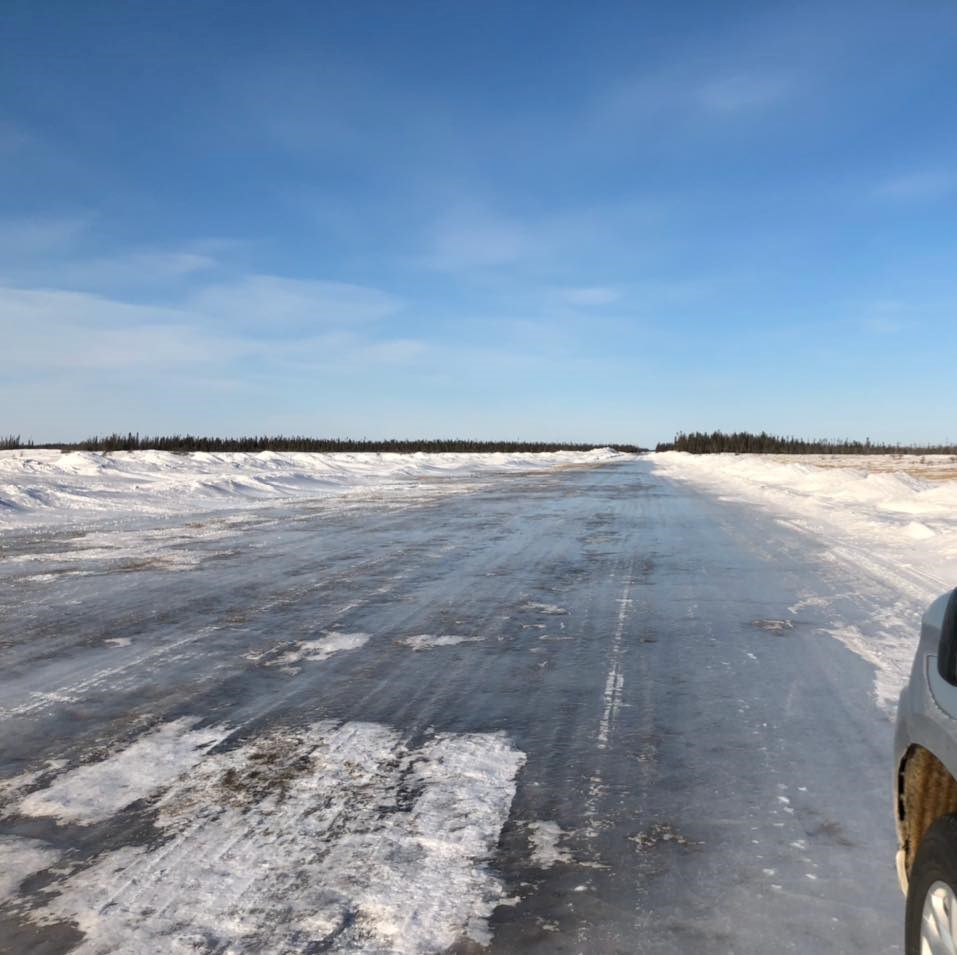 The majority of the James Bay Winter Road is currently under construction.

The 311-kilometre road connects First Nation communities on the James Bay coast including Attawapiskat, Kashechewan, Fort Albany and Moosonee. A winter road that connects Moosonee to the Ontario highway system is not being built this season because of COVID-19 outbreak concerns.

The construction of the James Bay ice road, which is operated and managed by Kimesskanemenow Limited Partnership, started just after Christmas.

Currently, three out of four sections, from halfway between Kashechewan and Attawapiskat all the way down to Moosonee, are being built.

The company is waiting for direction from Attawapiskat's chief and council on how they want to proceed, said Nancy Wood, president of Kimesskanemenow LP.

“I don’t know what will happen if Attawapiskat doesn’t go forward. We’d have to assess that at that time,” Wood said.

The winter road is built and maintained on an annual basis.

This year, the company received $1.2 million in funding from the federal and provincial governments. Before Victor Mine's closure, DeBeers funded most of the winter road, Wood said.

“We sub-contract to each of the four communities and they’re the ones to construct it. We’re more doing quality insurance control, we have the permit to take water,” Wood said.

“Each community tells us who’s their contractor. Fort Albany builds it themselves. Kashechewan and Moose Cree section sub-contracted to a contractor, and they have a fixed price they’re asked to build the road to.”

Because of the pandemic restrictions this year, each community is deciding whether travel along the corridor is allowed, Wood said, noting the James Bay road is currently open only to construction workers.

“All four communities are in a form of lockdown. There have been COVID cases on the James Bay coast, and there are currently two in Fort Albany,” she said. “They have their own rules, but my understanding is no one is supposed to be going in and around the communities.”

The company also submitted a funding proposal to have four screening stations on the road — one outside each community — to do contact tracing and make sure people, who are sick or have been in close contact with a positive case, aren’t travelling.

“It’s a public road, so normally anybody can use it. But I think with the way it is now, the communities are going to be a lot more careful about who they’re allowing to come into their communities,” Wood said.

Wood said she wasn’t sure whether the construction would go ahead this season until mid-October. The road is usually open for pickup traffic by mid-January but it might happen later this month because of construction delays.

“We were late in getting commitment from the province for their funding. We normally have it open by the end of January,” said Wood. “(Unless) anything unforeseen comes forward in the next couple of weeks, I don’t see any reason why it couldn’t be open 'til that.”

Last week, the construction was paused for two days due to mild weather.

“Every year, we have challenges with the weather. It’s never easy,” Wood said.

“We’re trying to move forward to make sure all the supplies can get to the communities because they’re pretty critical,” she said. “If they have to start fly in fuel … that’s pretty expensive.”