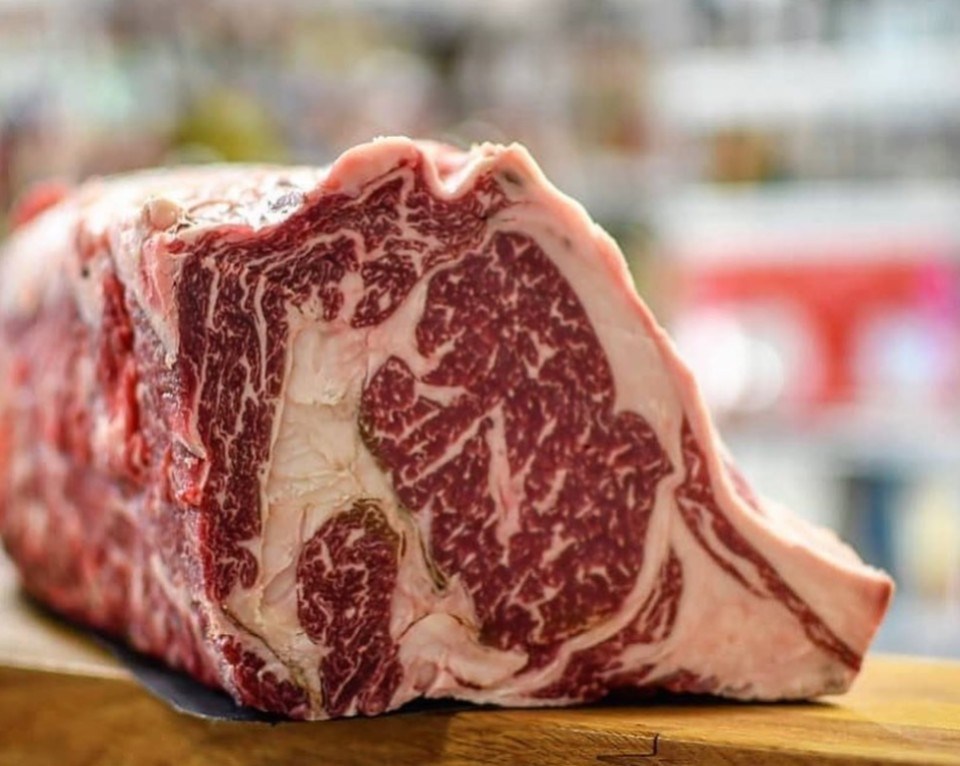 Could the Algoma region become the province’s leading provider of premium crafted beef?

Penokean Hills Farms thinks so, and the construction of a brand-new, modernized abattoir will be a pivotal step in helping beef farmers in the area reach their potential.

“We really believe that Algoma can be known as a niche beef region in Ontario, similar to how we think of Niagara as the wine region of Ontario,” said Chris Gordon, Penokean Hills’ co-owner and manager.

“And we’re excited to see our vision come into fruition.”

Construction on the facility is expected to get underway later this fall, thanks to an Oct. 15 announcement of a repayable FedNor contribution of more than $1.4 million.

It’s a key piece of a plan that’s long been in the works.

For the last few years, the group – comprised of producers who grow, sell and market beef products under the Penokean Hills Farms banner – has been facing increased demand from high-end restaurants, specialty butcher shops, and local consumers.

In 2015, the group purchased an existing abattoir, located about an hour east of Sault Ste. Marie in Bruce Mines, to help get animals processed more efficiently.

But it’s the only abattoir in the Algoma region, and demand has quickly outstripped the building’s capacity.

“As a result of our recent growth, our existing plant is just unable to keep up with orders, and as well, local farmers who want their own orders processed must book many months in advance,” Gordon said.

At 13,000 square feet, the new abattoir will quadruple the size of the current facility, feature a retail shop, and be outfitted with equipment for smoking, curing and dry-aging meat, enabling Penokean Hills to expand into value-added products like jerkeys and pepperettes.

Gordon said the group has also undertaken a new traceability system that tracks its products from the time they’re raised on Algoma farmland up to the point it “lands on the consumer’s plate.”

Noting that “Canadian farmers and agri-food producers have been especially hard hit” by the COVID-19 coronavirus, Sheehan said the boost for Penokean Hills will enable the company to increase its sales by up to 65 per cent.

He’s also a personal fan of the Penokean Hills line of products, calling them “absolutely of superb quality.”

“This is an exciting project with enormous potential to increase the capacity, production and profitability of Algoma’s agricultural food sector,” he said.

A second recipient of FedNor funding, Bioenterprise Corp., received $588,744 to establish a Northern Ontario tech hub to help agricultural businesses across the North start up and scale up.

Guelph-based Bioenterprise is a national, non-profit commercialization accelerator that supports the growth of Canada’s agri-tech industries.

Through the Sault hub, Northern Ontario ag entrepreneurs will have access to sector expertise, best practices and business accelerator services that focus on technology, innovation, exports and access to capital.

Dave Smardon, Bioenterprise’s president and CEO, said establishing a Northern Ontario tech hub will help level the playing field for small and medium-sized enterprises that are located away from Ontario’s major urban centres and may have previously been shut out from accessing startup assistance.

“We’ve often asked ourselves: ‘Why should an entrepreneur in Timmins or New Liskeard or Sault Ste. Marie or the Thunder Bay region be disadvantaged because they may not have access to resources that are available in downtown Toronto or Saskatoon?’” Smardon said.

One partnership has already been formed through the emerging Sault hub.

Bioenterprise has teamed up with Lakehead University’s Ingenuity Accelerator Program, which helps entrepreneurs turn their ideas into businesses, or grow existing businesses.

Smardon said this is just the start.

“By building collaborations and cooperative relationships across Northern Ontario’s ecosystem, organizations like universities, community colleges, incubators, and accelerators will be working together towards a common goal of building new industry-leading companies here in the North,” Smardon said.

In Bruce Mines, construction on the Penokean Hills abattoir is expected to be complete within the year.

As well as adding processing capacity, the facility will also be hiring between six and 10 full-time employees, which is in addition to the nine that they currently employ.

Penokean Hills will be able to seek out more farmers to raise cattle under its strict protocols, and crop farmers will have a new market for cattle feed.

“We are actually hoping to break ground later this fall; we’re getting very close to all the approvals, and we’re hoping that’s coming within days,” Gordon said.

“We will break ground and be moving into the new plant, hopefully, by July or August of 2021.”