This column is a Trojan Horse

The year 1990 was the high point in development planning for the North. The most dramatic and successful initiatives came from a southerner, David Peterson. Peterson was elected in 1985.
Mar 16, 2010 3:30 PM By: David Robinson 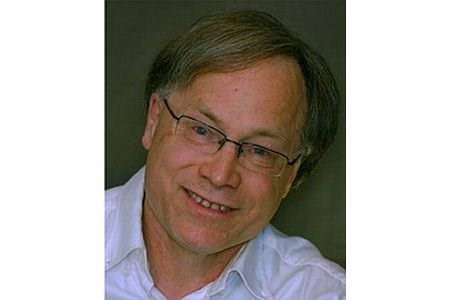 The year 1990 was the high point in development planning for the North. The most dramatic and successful initiatives came from a southerner, David Peterson.

Peterson was elected in 1985. He immediately created a new Ministry of Northern Affairs and Mines. He appointed himself minister and went to work. He moved the Ministry of Northern Development and the Ontario Geological Survey to the North. This was the most effective single development decision of the last 30 years. Then the Northern Ontario Heritage Fund Act was passed in 1990. And that was the year the voters threw Peterson out. Not much has happened since.

Leonard Cohen must have been thinking of this wild affair when he sang:

… I swear it happened just like this
a sigh, a cry, a hungry kiss
the gates of love they budged an inch
I can’t say much has happened since
But CLOSING TIME

Peterson and his passion for the North moved the region ahead at least an inch. That is more than the huffing, puffing and grunting of any other politician has produced in the last 50 years. There has been a lot of closing time since then, though.

We all know about failed development plans for Northern Ontario, but we tend to forget what worked. History tells us that the premier has the power to change northern polices. If the premier doesn’t take it on, those gates of love won’t budge.

If the premier were to walk into a cabinet meeting one day and say, “You know, we treat the North like a dog-gone colony. If we want it to be more productive we really have to let the people who live there control what happens.” The cabinet ministers would look at him oddly, but they would listen.

The premier might say to the Minister of Infrastructure and Energy, “Brad, what can you do to give Northern Ontario more direct control of infrastructure planning?” He might say to the Minister of Education, “Leona, let's get a study of the specific educational needs for Northern Ontario. Let's have something really creative about developing local curriculum and keeping textbook money in the North.” He might ask the Minister of Training, Colleges and Universities and Research and Innovation. “John, why isn’t most of the forestry and mining research done in Northern Ontario? Let's see what we can do to rationalize things a bit.”

The ministers obviously listen more carefully to hints from Dalton McGuinty than to anything Michael Gravelle can say and that is the way it should be.

Michael has a minor ministry. He isn’t in a position to make decisions about the government’s general approach. When Michael suggests that another minister change a policy the suggestion is passed to the ministry staff for consideration.

The premier sets the tone and he sets the goals. A minister has to be one of the heavy hitters in cabinet and a recognized visionary to influence the premier on general policy. Even when a minister wants to make a major change, very little happens until all the other ministries have been consulted in detail. Only the premier can move an issue to the front of the queue.

That is what Peterson did. He put northern development on the table. He made himself minister. He got results. All this suggests a change of strategy. We should stay out of discussions with ministry staff. We should stop lobbying junior ministers. We should aim our messages at the premier. That is what this column is trying to do.

Any editorial that mentions Dalton McGuinty has a good chance of being clipped by the Premier's staff. Mentioning Leonard Cohen, the Gates of Love and David Peterson in the same column might even get the Premier to read it.

With luck the history lesson will lodge in his mind and he will start dropping hints in cabinet.