A “dark horse' is a horse that wins when the experts don’t think it is even in the running. Northern Ontario has a dark horse in a race that is not getting enough attention. The horse is called Community Forestry.
Oct 6, 2009 1:39 PM By: David Robinson 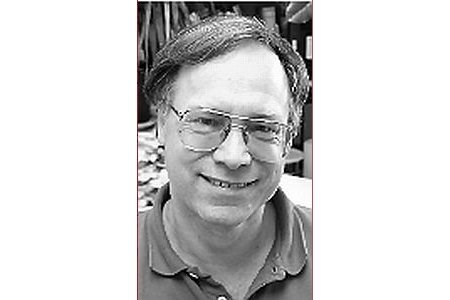 A “dark horse' is a horse that wins when the experts don’t think it is even in the running.

Northern Ontario has a dark horse in a race that is not getting enough attention. The horse is called Community Forestry. The race is the review of the provincial tenure system. The prize is the Northern Ontario economy.

The stakes are huge. Forestry supports much of Northern Ontario. It operates under a tenure system inherited from colonial days. The system has utterly failed to create a sustainable forest-based industry in the North.

Some Northerners think the system can be fixed, but a stakeholder survey in the Northeast Superior region found most respondents want “a complete rethinking and fundamental changes to the existing tenure system.”

Ryan Bullock, a northern boy doing PhD research in geography and environmental management at the University of Waterloo, conducted the survey. He also found that public officials couldn’t imagine an alternative to the current system. “When respondents were asked if they were aware of any other model(s) or form(s) of forest tenure that might be useful improvements for Ontario… all five provincial representatives answered 'no.'”Also, five of six municipal representatives also answered 'no.' Community forestry is such a dark horse that most officials can’t even see it!

If we take the elected officials out of the mix, two-thirds of interviewees can name alternatives. Most of them mentioned community forests in British Columbia and Quebec.

Most respondents think the greatest virtue of the current system is that it provides the security of tenure needed to attract large-scale investment. They forget that one report after another over the last 50 years has said that companies are not investing enough in forest technology. The tenure system doesn’t do what it is people think it does best.

And when it does, it hurts Northern Ontario. Under the current tenure system, investment focuses on machines that reduce the number of workers. Industry has been digging itself deeper into the trap of high-volume, low-value commodities. There has been almost no investment in value-added products. There has been little interest in planting high-value species for future development.

But the current system has an even more serious flaw. It wastes northern talent. Economic development in the 21st century is all about developing talent. It is about brains and design. Under the current system, the forest sector will never create a knowledge economy in the North.

The value of the people in Northern Ontario is huge compared to the total value of outside investment in forestry. A good tenure system would mobilize local talent. It would encourage northerners to invest their energy and their own savings in the forest economy.

The fact is that the current tenure system is the reason Northern Ontario is economically underdeveloped. It actually blocks the development of the people of the North. It actually gets in the way when they want to develop value-added products based on the local wood supply.

We need a system that produces more value-added, more wealth, more jobs, more talent, and more research and more development. It should create more attractive and liveable communities, sequester more carbon, and increase both forest diversity and forest quality.
Some version of community forestry is the best candidate we have.

Community forestry means local control. Local control will increase the number of brains involved in forest stewardship and economic development. It would mobilize Northern talent and Northern capital. It would ensure a supply of wood for local businesses. It would give Northern youth a future.

The old horse is lying in a stinking puddle at the starting line, but should we bet on the dark horse in this race? The trouble is that our public officials don’t plan to hold a real race. They plan to pick a winner based on stakeholder consultations.

And if there isn’t a real race, the dark horse can’t win.