Someone said the other day the strike at Vale Inco might go for another two years. Sounds ridiculous.
0
Jan 21, 2010 8:14 PM By: Michael Atkins 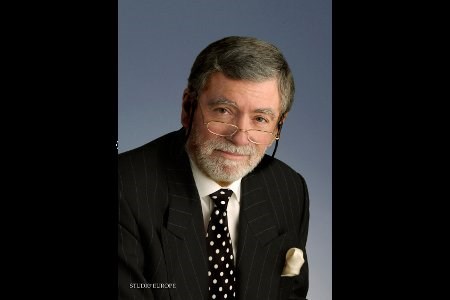 Someone said the other day the strike at Vale Inco might go for another two years. Sounds ridiculous. On the other hand, it is the same source who said last summer the strike would last until spring, which sounded fanciful, but is looking more realistic all the time. The theory is not complicated. The belief is the London Metal Exchange is no longer the true predictor and authority on inventory and the price of nickel. The idea is that the real price of nickel is well below the current seven or eight dollars a pound and that private warehouses around the world are full of nickel and therefore the real lost opportunity for Vale Inco is not that much.

For Vale, on top of the insignificance of the nickel business to their overall enterprise, it is the relatively modest return they will get if they go back to work that is at issue.

This, of course, could be utter nonsense. We may never know.

What is clear at this stage is the company has no interest in sitting down with the union to find common ground. They will not sit down until the union has cried “Uncle” before going to the table and this is hard to do in the churning political democracy of a union. Things need to be a little more nuanced.

When you want an agreement with someone, the most important person in the room is the person on the other side of the table. You look after them. You provide political cover. You treat them with some deference and respect. The reason of course is that your objective is to reach an agreement, not exact revenge or teach lessons.

It is impossible to read the company. It is foreign-owned. No Canadian has any meaningful authority. Their game plan, whatever it is, will be revealed when they are ready. For the moment, they are probably trying to figure how many people it actually takes to run their business by starting up without the strikers.

The union has blundered into this situation and has little leverage. Only the ridiculous politics of holding local union elections close to the end of a contract can explain such strange behaviour.

The union has underestimated the company’s resolve. This is understandable.

Vale Inco settled in Manitoba not that long ago for more than they are prepared to offer in Ontario. This is confusing in any process of gamesmanship.

The union’s strategy of challenging Vale around the world is misguided. It dissipates strength and focus at home, inflames the egos of the senior executives of Vale and makes it personal. It sets Sudbury workers up as guinea pigs for an international test of wills and reminds the company every day that the cost of labour in Sudbury is one thing, but if it has impact around the world it could be expensive. It is a losing strategy and should be dropped immediately. It raises the ante for the company and likely makes them irrationally intransigent. The losers are Sudbury workers.

Ontarians are suckers. The provincial government, which owns the natural resources, has all the leverage in the world if they chose to use it, but has neither the interest nor the guts to deal themselves in. They should be knocking heads and they are playing foosball. They have nothing to say, nothing to recommend, nary a pulse. This is not new in the world of resource management for these people. They just allowed a smelter in Timmins to close (the first economic crime since the amusing launch of the Northern Growth Plan) because of high electricity costs. They just don’t think there is anything they can do. It is a disease. Perhaps sell some shares in General Motors, but I digress.

The Canadian government isn’t so gutless. They have made it clear they think Sudbury is better served by foreign owners and they have no obligation to release the agreements they have entered into with Vale Inco unless Vale Inco tells them it is ok. They take their “talking points” from the Brazilians.

The two main issues in this strike are important to Sudburians, although there is little indication they understand it. The pensions negotiated by the union helped Sudbury survive the massive layoffs of the 1980s. We have more pensioners than active Steelworkers. The nickel bonus, whatever it merits, is the only value Sudburians get from the resources under our feet. The nickel bonus creates jobs in Sudbury. The rest of the booty goes elsewhere.

It appears the only end to this strike will come from government action.

Either the Brazilian government will tire of being tarred with the politics of its proxy in Canada, the federal government will wake up and take as much interest in Vale Inco as it has in U.S. steel (Stelco) in Hamilton or the provincial government will remember the resources of this province are a public trust and they are the trustees.

In the meantime, the rest of us suffer the ineptitude of the union and the smugness of a company with other fish to fry and no local history.

OPINION: A New Year’s toast to the art of the possible
Dec 23, 2019 8:00 AM
Comments
We welcome your feedback and encourage you to share your thoughts. We ask that you be respectful of others and their points of view, refrain from personal attacks and stay on topic. To learn about our commenting policies and how we moderate, please read our Community Guidelines.