Technica Mining to expand across Canada

Technica Mining, a Sudbury-based underground mining and construction contractor, has big plans to bring its reputation for mining excellence to Canadian jurisdictions outside the Sudbury basin.
0
Apr 14, 2015 3:03 PM By: Northern Ontario Business Staff 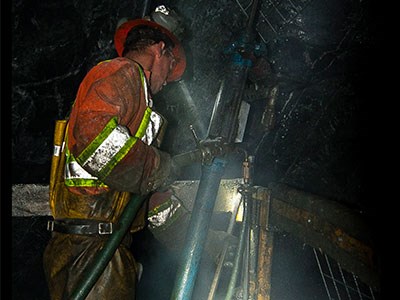 Technica Mining, a Sudbury-based underground mining and construction contractor, has big plans to bring its reputation for mining excellence to Canadian jurisdictions outside the Sudbury basin.

For 15 years, the company has established itself as a reliable contractor with mining giants Vale and GlencoreXstrata.

“Working for two of the top-tier mining companies in the world has really allowed us to build our system,” says Technica Mining's founder and CEO, Mario Grossi. “We're going to take everything we've learned over the last 15 years and will diversify geographically.”

The company, which has completed work at almost every head frame in the Sudbury basin, is expanding its reach to Thunder Bay, Wawa, White River, Red Lake and Thompson, Man., and is even looking outside Canada for opportunities.

Grossi started the company in 1999 with around six employees, and has since expanded to include 372 workers and staff.

Technica Mining initially focused on underground construction, but has since added mechanized and non-mechanized development as well as raise work to its portfolio.

Throughout the company's growth, safety has always been the number one priority at Technica Mining, says Grossi.

In 2013, the company had the lowest incident rate of all Ontario’s major mining contractors.

“The culture we instill is that you have to work safely,” Grossi says.

That safety culture is Technica Mining's greatest tool in its safety arsenal. Employees follow the five-point safety system that asks them to make sure they are entering a safe work environment before they even pick up their tools.

Employees also implement a “worst case scenario” process, in which they are asked to envision the worst thing that could happen to them during their shift. This is just one example of how the Internal Responsibility System is utilized at Technica.

Once they list off the worst case scenarios they can make exit plans, and think of ways they can avoid those scenarios from occurring in the first place.

In addition, once each year, the company holds its “safety day,” which updates employees on the latest safety practices in the industry.

Grossi says productivity cannot come at the cost of safety.

Another area of growth that Technica is actively pursuing, is assisting junior mining companies move their exploration projects closer to production.

The company assists with advice on realistic costing for the proposed projects and for the right opportunity, for Technica to partner financially in innovative ways that assist in projects getting funded.

As the company gains knowledge in this area of the industry, it plans to utilize this knowledge to leverage its way into running its own mine in the near future.

While the company has grown rapidly in recent years, it has still maintained the attitude and approach of a small business.

Employees have a sense of belonging, to the company, Grossi says, and have access to a comprehensive benefits plan that is among the best in the industry.

Grossi says he's confident the company can grow to more than 500 employees and still maintain the tight-knit qualities often associated with small
businesses.