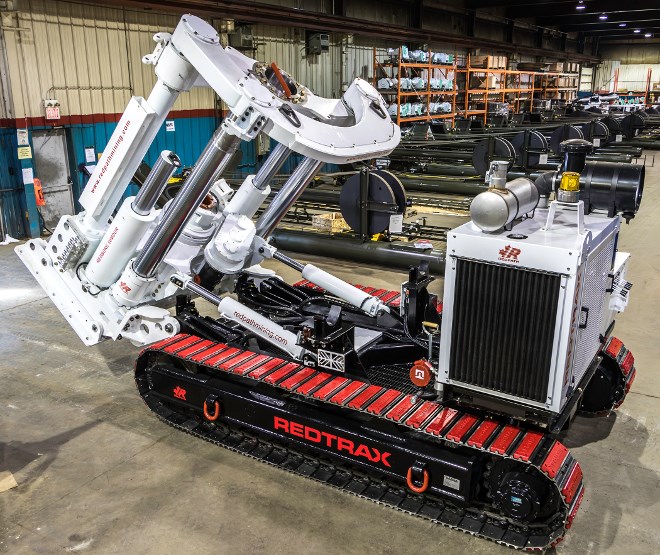 At its core, Motion Canada is a distributor known for its quality industrial parts. But its North Bay location is somewhat different from the others.

In addition to a sales office, the North Bay branch has a service centre, an assembly centre, and a CNC centre.

The North Bay location is doing more than selling components – the branch is providing the value-added solutions that customers need.

The company provides a number of different services within its 120,000-square-foot facility, the only one of its kind in Northern Ontario.

One of those services is assembly. The company’s first foray into this side of the production process was at the request of a large and long-time client, Boart Longyear. It is not as large a leap from distribution as it may sound.

The company has a good flow of products, agreements with manufacturers, and well-managed inventory, in addition to the resources to do the manufacturing.

Terramac, based near Chicago, is an excellent example of how a manufacturer is leveraging North Bay’s expertise. Right now, Motion Canada’s North Bay branch has the assembly agreement for Terramac’s all-terrain rubber track crawler carriers.

The manufactured pieces arrive at Motion Canada and the team there puts them together, assembling 12 units per month during the peak spring and summer months. With its CNC centre, Motion Canada can make some minor parts if needed and has the ability to do custom work upon request.

Once assembled, the carriers are shipped to buyers in the United States, Canada, and around the world.

It’s a partnership that has worked well so far and Terramac’s popularity is growing. The branch expects to double its output from last year. Besides the Terramac, Motion Canada also continues to assemble drill carriers, including Redpath’s Redtrax, and previously the company assembled lightweight artificial lifts.

It is the mining industry that continues to be the North Bay branch’s bread and butter as a value-added parts distributor. Rather than simply sell a part, Motion Canada can bring the equipment into the 12,000-square-foot maintenance facility and ensure it’s installed correctly. The North Bay branch works on all types of vehicles, including utility vehicles, construction equipment, and excavators. Maintenance can include anything from routine maintenance and small repairs to complete rebuilds of mining equipment.

The CNC shop comes in handy here as well. Often, parts for older equipment are hard to find – if they can be found at all. Replacement parts can be fabricated as needed, sometimes faster and more efficiently that ordering them.

Outside of assembly, the mining industry represents about 90 per cent of Motion Canada-North Bay’s business. Redpath Mining is a long-time customer; though, with its extensive shop and long list of services, its customer base is worldwide.

The North Bay branch is pushing the boundaries of what a full-service distributor looks like, and it continues to be an example amongst competitors.