JPL Storage can transform a sea container into everything from self-storage facilities to drill core shacks.
0
Dec 3, 2018 3:00 PM By: Northern Ontario Business Staff 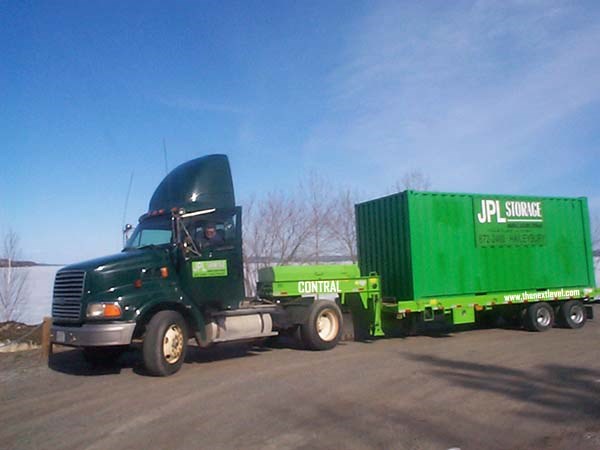 About 12 years ago, while driving a truck around Northern Ontario, Peter LaRocque noticed an increased presence of sea containers throughout the region.

Some were in yards being utilized as storage units, while others were in rural areas being used as stand-alone, secure self-storage facilities. Peter and Janice LaRocque did a web search one day to discover a relatively new industry.

It was enough to convince the Haileybury couple to stop trucking and go into the portable container storage business, and JPL Storage was born in May 2008.

Ten years later, the LaRocques now have 120 containers in their inventory, many of which are rented for home moves and for temporary storage to box up valuables during disaster recovery.

The LaRocques are increasingly finding there are multiple and varied uses for these units. For example, they deliver containers to the Town of Kirkland Lake’s landfill site in Lebel Township where it serves as a drop point for discarded electronic waste.

Every five weeks, over the last eight years, the LaRocques swap out a full 20-foot container, loaded with about four tonnes of waste, with an empty one.

The loaded container is transported to their shop in Haileybury where the material is sorted, repacked, and shipped to a southern Ontario processor. This one drop site has expanded to 27 regional sites.

Two years ago, the Ontario Electronic Stewardship approached the LaRocques to inquire if they would be a consolidator. Now their repack facility in Timmins ships, on average, about six skids a day, through an arrangement with Northern Ontario Fast Freight, and is delivered to their main location. The e-waste is unloaded, weighed and stored until they have accumulated a 53-foot van load.

Almost every week, a truckload of 35 to 45 double-stacked skids departs Haileybury for southern Ontario. Over the last eight years, the LaRocques estimate they have diverted at least 2,000 tonnes of electronic waste from the landfill.

Customized containers are becoming a growing part of the business.

For the Provincial Mine Rescue Championships, they outfitted a container for a mining client that needed office space for the event. The LaRocques spray-foamed a used 40-foot container, installed studs, ceiling joists, wiring, a steel door, and a secure grated window. Other containers have been used in the mining industry for drill core shacks.

From their stockpile of accessories, the LaRocques can install doors, windows, lighting lock boxes, locks and shelf brackets capable of supporting 4,400 pounds.