Grand Tappattoo Resort in Parry Sound has undergone a transformation since coming under new ownership in 2014.
0
Nov 29, 2018 3:00 PM By: Northern Ontario Business Staff 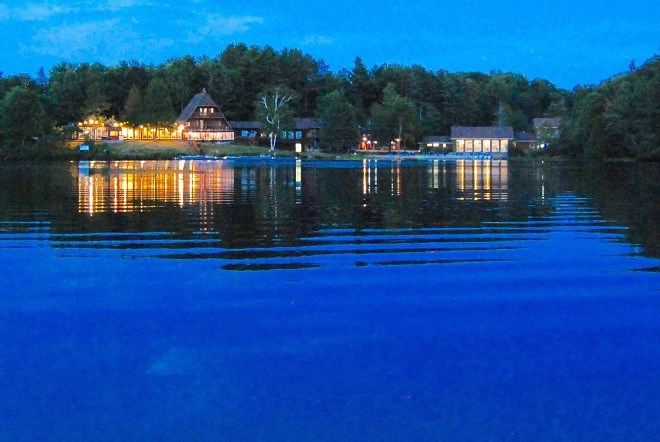 When Amanda and Trevor Jalonen purchased the Grand Tappattoo Resort in January 2014, they were determined to put their own stamp on the Parry Sound-area vacation property.

Originally opened in 1987, the lakeside resort had been shuttered for two years while in receivership.

The venue, which enjoyed a sterling reputation for decades, had clearly seen better days.

A second owner had not done much in the way of improvements over a four-year span, with plenty of deferred maintenance, and it was clear the Seguin Township property definitely needed a refreshening.

“When you walked in, the initial impression that you got was it was very old and dated,” remembered Amanda, co-owner and president of Grand Tappattoo.

Though new to the hospitality business, the couple committed to renovating the facilities by investing in everything from the installation of a new water system to guest room upgrades.

“We had challenges to meet for health regulations and equipment needed fixing,” said Amanda.

But it was nothing the husband-and-wife team couldn’t handle.

With Parry Sound roots, the Jalonens have been building custom homes in the Collingwood area for 33 years.

Trevor, in particular, was looking for a change of scenery.

“We always said we wanted to retire back in the Parry Sound area. When the opportunity presented itself, we decided to do it,” said Amanda.

Grand Tappattoo Resort is located on a quiet bay between Big and Little Otter Lakes, a 10-minute drive south of Parry Sound and five minutes off Highway 400.

The distinctly European-style ambience the original owners had created was not in the Jalonens’ plans. They wanted to shape a new identity as a vacation destination that catered to outdoor enthusiasts, celebratory events, and corporate gatherings.

Some of the original staff wanted to restore Grand Tappattoo back to the way it was, “which was not our intentions,” said Amanda. ”It was a very German-oriented resort.

“It took me four years for my staff to convince me to put schnitzel back on the menu,” she laughed.

“Rustic wilderness” is what Amanda uses to describe the resort’s new look and feel.

Recreational amenities include an indoor swimming pool, exercise room, sauna – plus an outdoor barrel sauna – canoes, kayaks and fishing boats. A nature trail courses through the property, and the lake, naturally stocked with trout, pike and bass, made Grand Tappattoo the filming base of a recent episode of Fish TV.

Inside the main lodge building, the banquet facilities include a main hall licensed for 130 people and capable of seating 150 for corporate meetings. For business meetings, the Otter Den Room can accommodate 25.

Patrons dining in the Forest Restaurant have their choice of four “tree” rooms – Birch, Oak, Cedar and Sumac – all providing views of the lake.

With a full-time staff of 25, Grand Tappatoo is open year-round, including on Christmas Day, offering snowmobile and ATV packages for outdoor enthusiasts who can easily access the resort from the nearby trail system.

Quite often, Amanda finds, these weekend guests later contribute to their growing corporate business through word of mouth.

Their central Ontario location provides a convenient meeting place for staff retreats, conferences, and teambuilding events between head offices in southern Ontario and satellite offices in the North.

Weddings have blossomed to become a huge part of the business at Grand Tappattoo, particularly between late April and the end of October.

Amanda said what differentiates Tappattoo from other regional resorts is that they are distinctly “un-Muskoka-like” in the lengths that the husband-and-wife team will go to please their guests.

“I have one rule to my brides and grooms: you can do whatever want, we will work with you, just don’t burn down the resort.”

Based on the positive reviews and feedback they receive from their clientele, the hospitality more than meets their expectations.

To drive more bookings to Grand Tappattoo, Amanda has January plans to host a wedding show for their upcoming brides and grooms, and for vendors to exhibit their offerings.