Based in Sudbury, Centreline Architecture has worked on projects including custom homes, casinos, and legacy projects.
0
Nov 22, 2018 3:00 PM By: Northern Ontario Business Staff 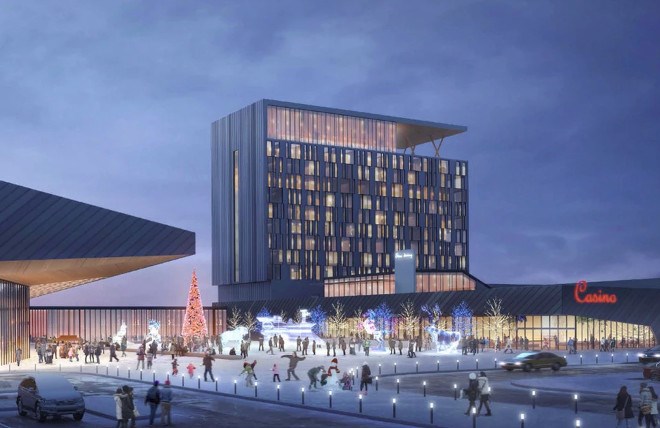 Greater Sudbury has been seized by a new energy of late: a will, it seems, to reimagine the existing and a fervour to redefine the city’s future.

Much of the electricity in the air is coming from a new generation of bright, young entrepreneurs, and Centreline Architecture is certainly among them.

Now, just over a decade later, Centreline Architecture has grown to seven full-time employees, including a dedicated project manager and an architect. The team has been invited to work on projects including custom homes, Gateway Casino projects (including those in Sudbury, North Bay, Sault Ste. Marie and Woodstock), and the city’s Junction project – early planning for a proposed main library, art gallery and convention centre.

Centreline partner and Principal Architect Kate Bowman notes that in her view, Greater Sudbury is the place to be right now: filled with talented, energetic people with ambitious vision.

“I am so proud that our firm is now part of the impressive field of architectural teams already working to give Greater Sudbury – and Northern Ontario – a renewed sense of pride and place through design.”

“We have a real opportunity,” she continued, “to explore new frontiers in sustainable, forward-thinking design. We have to address some very real challenges in the North, including rising hydro costs, aging in place and environmental stewardship.”

“Those are challenges we intend to take on.”

Centreline partner Rob Fleury is now heading up the firm’s residential arm, and the environment is top of mind.

Fleury is pursuing a Passivehaus designation, an increasingly popular design philosophy and practise that seeks to dramatically minimize a building’s ecological footprint (and minimize operating costs).

And, like so many millennial businesses, social responsibility is an integral part of Centreline’s mission. Since the early days, Guillemette has made sure that the success of his business would be measured by what went back into the community.

“For example, seeing how much the (Delki Dozzi) community garden is used, and how much effort people in the neighbourhood have invested: that pride of ownership and sense of community is exactly what we want for our city,” he said.

Located in the heart of Greater Sudbury, Centreline Architecture is also invested in the success of the downtown.

Last year, the team moved into a new office in a historic building at 73 Elm Street.

“This building represents an important part of Sudbury’s past, and that should be preserved,” said Bowman. “It feels really good to be rooted in history while we imagine the future.”

The Centreline Architecture team has much to celebrate, and many to thank. It’s hosting an open house on Wednesday, Dec. 12 from 4 to 7 p.m. at 73 Elm St., Suite 201, in downtown Sudbury.