THE DRIFT 2019: Once the networking’s done, there’s always room for fun 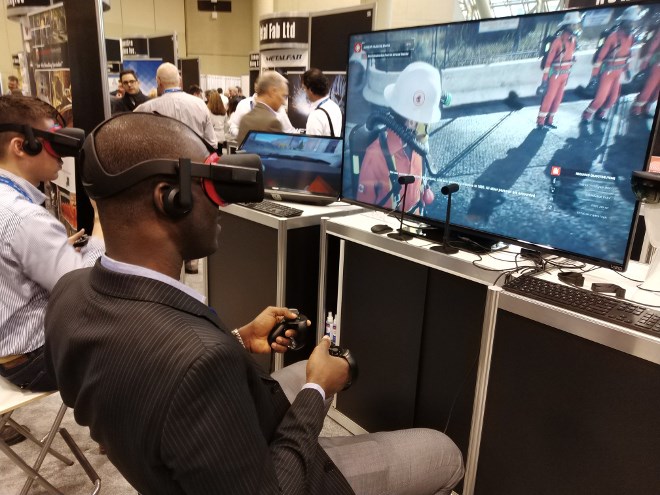 The Northern Ontario Mining Showcase has been a remarkable promotional event for this region on one of the world’s biggest stages.

It’s come a long way from the collegial get-together of a handful of mining suppliers who were relegated to a microbrewery across the street from the mining industry’s biggest tradeshow in Toronto to blossoming into the largest jurisdictional pavilion at the annual Prospectors and Developers Association of Canada (PDAC) convention.

This year’s version of the Showcase was its most expansive yet, with an all-time high of 110 exhibitors displaying inside 12,600 square feet of space in the Metro Toronto Convention Centre’s North Hall, March 3-6.

For a company’s investment of a few hundred dollars for a fully wired kiosk in the pavilion, it’s usually money well spent.

The Showcase provides incredible international exposure and networking opportunities for small to medium-sized companies and organizations to promote their products, services and expertise at the world’s largest mining show.

The annual PDAC convention marks the unofficial start of the exploration year for junior mining companies. The conference and tradeshow regularly attracts more than 1,000 exhibitors and 25,000 delegates from more than 125 countries to the heart of Canada’s financial district.

The Showcase project is supported by partner communities across the North with an organizing committee of representatives from northeastern and northwestern Ontario.

Since 2010, when township representatives of James and Elk Lake displayed the area’s mining history in a small booth at the Ontario Pavilion, the Showcase has been an evolutionary process.

In its second year, organizers brought along a handful of local companies for a meet-and-greet in a small hotel boardroom near the convention centre.

The gathering went so well, it was up-scaled to a one-day fling at Steam Whistle Brewing in 2014 – the first official Showcase – which attracted more than 1,000 convention delegates across the street to circulate among 35 mining suppliers.

Spearheaded by the City of Temiskaming Shores and subsidized by FedNor, the event successfully migrated to the convention centre the next year where they recruited 55 companies from across Northern Ontario.

The pull to constantly expand the pavilion and allow more exhibitors in is always there, but Showcase organizers are strident in their approach that it’s not about quantity but the quality of the companies.

“Our goal is we don’t want to water it down (with too many companies),” said Tremblay.

Gaining entry to the exhibit is increasingly difficult. Staying year after year in the pavilion is tougher.

The Showcase evaluation committee’s criteria become more stringent every year, due to the lengthy waiting list of companies and the increasing demand for space.

Whereas before companies applying to display had to maintain a “significant presence in Northern Ontario,” Tremblay said that’s been amended to having 25 per cent of a company’s workforce residing in the region.

Organizers are always looking to add value with new wrinkles every year, such as a speakers’ series forum and more hands-on demonstrations by Northern companies.

The hit of the 2018 Showcase was a featured exhibit of virtual reality training stimulators by NORCAT.

This year, five featured exhibitors displayed prototypes or demonstrator models on the floor.

In her pre-show questionnaire, Tremblay queries the exhibiting companies if they are hiring. That tidbit of information is fed into the Showcase directory, which job-seeking visitors can access via two touchscreen display stations at the entrance to the pavilion.

Companies are also quizzed on what export markets they are targetting, and that’s fed into the directory when international delegations from mining jurisdictions like Chile, Mexico and Australia roll through.

While the networking aspect of PDAC is huge, Tremblay said business does get done on the floor.

Of the exhibitors who completed her questionnaire at the conclusion of last year’s show, 49.7 per cent reported making sales.

Total sales at the 2017 Showcase came close to $9 million, and although Tremblay wasn’t yet authorized to disclose the 2018 figures, she said it was “significantly higher.”

Undoubtedly, one of the Showcase highlights is Northern Ontario Night.

Traditionally held on the Monday of PDAC week, the popular evening get-together takes over the entire venue at Steam Whistle Brewing. Unlike other corporate hospitality events held during PDAC week, Tremblay said their event offers a chance for delegates to unwind a bit.

“We call it a party, and we don’t want to skew from calling it a party.”

The mixer offers a flavour of Northern Ontario with the food, beverages and live entertainment.

Admission is free but snagging a pair of tickets is not an easy get. Event sponsors get a raft of passes for their clients, as well as showcase exhibitors and volunteers.

“Whatever’s left of the 1,200 that I print, people have to come and beg for them,” said Tremblay, who adjudicates the compelling arguments.

“You have to tell me why you should be there. It’s not a free-for-all and you’re getting more than two tickets. People line up, it’s hilarious.”

THE DRIFT 2019: Sault fabrication shop takes personal approach to business
Apr 8, 2019 10:00 AM
Comments
We welcome your feedback and encourage you to share your thoughts on this story. We ask that you be respectful of others and their points of view, refrain from personal attacks and stay on topic. To learn about our commenting policies and how we moderate, please read our Community Guidelines.