Construction of Gogama gold mine could start by year's end 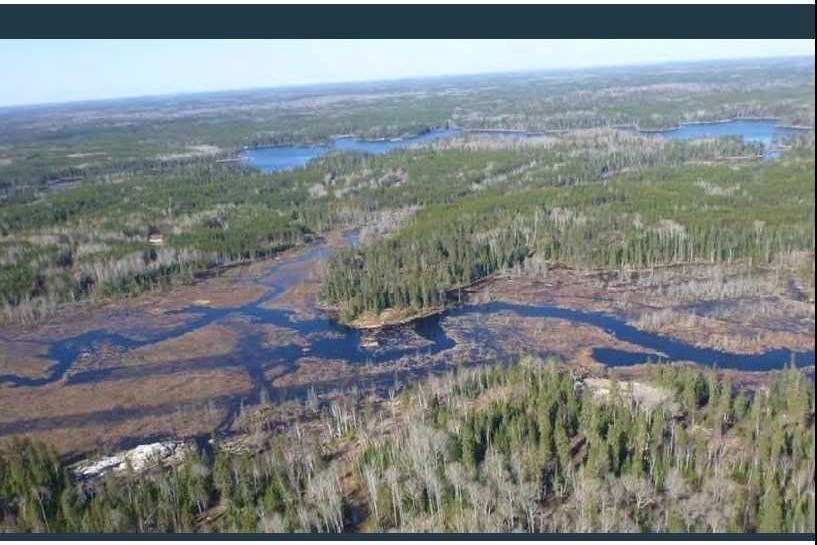 IAMGOLD expects to make a construction decision in the coming months for a $1-billion open-pit gold mine near Gogama.

The Toronto mid-tier mining company indicated in a June 29 news release that it's leaning toward commencement of the Côté Gold Project later this year with an anticipated project completion date of mid-2023.

But first, IAMGOLD wants to consult with its joint venture partner, Sumitomo Metal Mining, a 30 per cent owner in the project, before making a formal decision.

The Côté Gold Project is located roughly halfway between Sudbury and Timmins, just west of HIghway 144, and 20 kilometres southwest of the community of Gogama.

With an estimated 16-year mine life, Côté Lake has the potential to produce 460,000 ounces of gold annually at low all-in sustaining costs of approximately $700 per ounce in the first six years of production.

The project, which is in the advanced stage of government permitting, recently cleared a key regulatory milestone with the federal approval of its application, under Section 36 of the Fisheries Act, concerning the project's impact on area fish habitat and tailing management.

In a project update, IAMGOLD said the advanced mine planning is done, they're well into the detailed project engineering, and are currently obtaining bids and securing prices on equipment.

Through its joint venture agreement with Sumitomo, IAMGOLD said its share of the mine project investment ranges between US$875 and 925 million. Both companies want to introduce automated truck hauling and drilling to the operation and are talking with government regulators about the use of these vehicles.

Impact benefit agreements have been signed with area First Nations and one Indigenous-owned contractor cleared the mine site of trees earlier this year in anticipation of the start of construction.

The company is continuing exploration on its 500-square-kilometre land package with 4,700 metres of drilling performed on the nearby Gosselin Zone, a potential satellite pit 1.5 km northeast of Côté.

"A key part of the future of IAMGOLD is our organic growth pipeline, starting with the Côté Gold Project in Northern Ontario," said company president-CEO Gordon Stothart in a statement.

"The transformative impact of Côté Gold on IAMGOLD's production profile and global cost structure, in addition to its long mine life in an attractive jurisdiction, establishes clear and compelling reasons for this project to proceed."

IAMGOLD operates the Westwood Gold Mine near Rouyn-Noranda, Que. along with mines in Mali, Suriname and Burkina Faso.