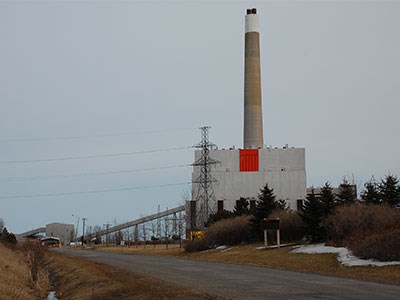 The fuel, also known as a black wood pellet, has similar handling and storage characteristics to coal. It’s made from lumber mill sawdust and is imported from Norway.

The cost of the conversion was $5 million.

Thunder Bay-Atikokan MPP Bill Mauro said the completion of the plant conversation provides “energy security” to northwestern Ontario, contributes to the tax base and provides opportunity for the forestry sector.

Sixty employees work at the plant.

The Atikokan Generating Station was converted from coal to burning a white wood pellet produced by Rentech in Atikokan and Resolute Forest Products in Thunder Bay.

Thunder Bay Mayor Keith Hobbs said the plant conversion places his city “on the map as an innovative environmentally-friendly city.” The conversation, he added, with the associated research program, aligns with the city’s strategic priorities to develop a knowledge-based economy.