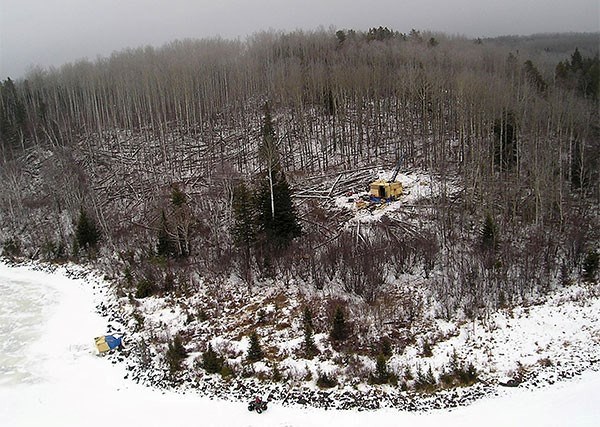 A rebranded player on the palladium exploration scene near Thunder Bay has cashed up to go drilling.

The company began the first round of a 10,000-metre program of 15 to 20 drill holes last month on the Escape Lake Intrusion at Thunder Bay North.

The program is designed to define the limits of this zone of mineralization, at approximately 400 metres depth, which the company said, is geologically open in all directions.

The company changed its name over the winter from Regency Gold to Clean Air Metals and began trading on the TSX Venture Change in May. Under the Regency flag, Clean Air acquired an option on the property from Benton Resources.

The project is 60 kilometres southeast of Impala's Lac des Iles Mine and 40 kilometres northeast of the city. Highway 527 cuts through the western part of the property.

The property has an historic open-pit estimate of 9.8 million tonnes of palladium at 2.3 grams per tonne.

Already some early results from this diamond drilling campaign have been released. One hole yielded 1.66 grams per tonne of platinum groups metals over a 78.9-metre length. Another showed 3.3 grams per tonne over a 20.0 metres.

"Given the $6.7-million flow-through financing the company closed (June 16), we are in a position to pursue our 2020 exploration objectives with vigor," said company president Abraham Drost in a statement.