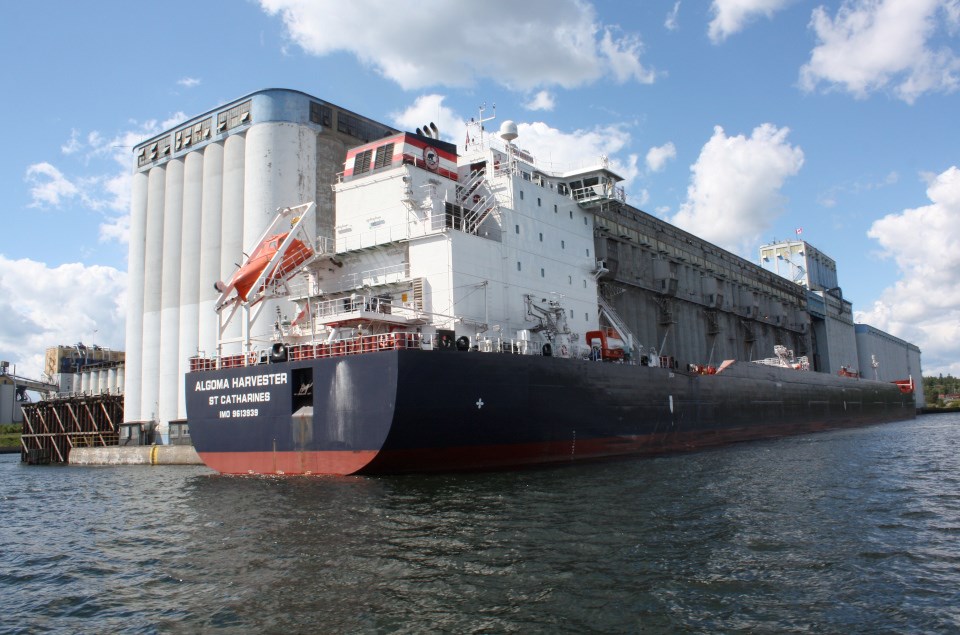 Grain traffic is surging through the Port of Thunder Bay to meet pandemic-related overseas demand for Canadian wheat.

Ín a release, the port authority said Canadian farmers are meeting the increased demand for grain in Europe and North Africa, and that's reflected in the surge in volume through the port's elevators.

The pandemic has created voids in grain supply with restrictions of exports and consumers stocking up on staple food. Rail traffic has increased significantly at the port in recent weeks, the authority said.

The 2019 Western Canada crop was the second-largest harvest on record for Canadian farmers.  On-farm stock at the end of December was at record-high levels.

Prairie grain is railed to port elevators in Thunder Bay to be loaded into domestic "lakers" to deliver to ports on the St. Lawrence River for overseas export, or is loaded onto ocean-going "saltie" ships for direct shipment overseas.

The authority finds the direct exports to ports in France, Italy and Morocco have all risen sharply in the last month.

“The capability of this supply chain and the commitment of the partners all along the supply chain, are really shining through during this unprecedented time,” said port authority CEO  Tim Heney in a statement.

“The railways, stevedores, grain elevators, inspectors, and mariners to name a few, are handling increased trade despite the challenges posed by the pandemic.

"They are keeping commodities flowing to parts of the world that could otherwise see a food shortage.”

Canadian Pacific Rail recorded its best-ever monthly total for the movement of grain and grain products in its 139-year history, and the Port of Thunder Bay played a role.

In moving 54 per cent of the grain moved off the Prairies this year, CP foresees strong grain shipping for the remainder of the 2019-2020 crop year now that the Port of Thunder Bay has reopened.

The rail carrier's April performance follows up on record movements in January, and March and during this year's first quarter.

At 21.4 million tonnes of grain products moved to date in 2020, six percent more grain this year than at the same point last year, and eight percent greater than the previous three-year average.

"CP's service excellence and best-in-class team have enabled us to move more grain steadily throughout this crop year, with an impressive surge in April as the Port of Thunder Bay opened for the spring shipping season," said Joan Hardy, CP's vice-president of sales and marketing of grain and fertilizers.

"By working collaboratively with our customers from field to port, we have been able to find synergies and efficiencies to drive the grain supply chain forward."