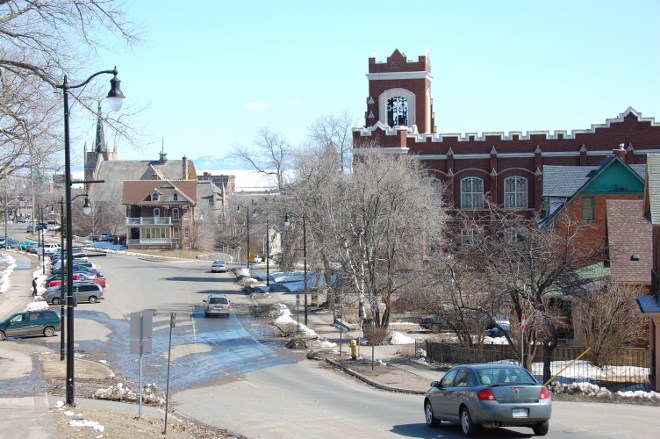 As the largest community in northwestern Ontario, Thunder Bay's economic development action plan revolves around maximizing its role as a regional hub, particularly in the educational and healthcare sectors.

In the early 2000s, much of Thunder Bay’s economy leaned on the pillar of the forestry industry.

For Doug Murray, the former general manager of the Resolute Forest Products mill, he remembers 2003 as being the city’s best employment year with two kraft mills humming, a stable of paper mills, and five sawmills operating.

The upheaval in the forestry sector that resulted in mill closures and layoffs has taken Thunder Bay more than a decade for the city’s once-staggering economy to recover.

Murray, now the CEO of the Thunder Bay Community Economic Development Commission (CEDC), said the city is in a healthier place due largely to its position as a regional hub for medical services, education and aviation.

The document is a compilation of months of interviews Murray and the CEDC’s board directors conducted in asking various stakeholders what was important to them and what direction the city should be going.

As the largest city in northwestern Ontario, the action plan frequently referencing Thunder Bay’s regional hub status and the reciprocal relationships to be had with outlying communities.

With one of the busiest airports in Ontario, Thunder Bay is a connecting hub for many First Nation communities as serves a regional healthcare and commercial-retail centre.

In reflecting on his six years with the CEDC, Murray was surprised at how much of an impact the health-care sector has plays in the city’s economy.

The regional hospital and all the medical services provided, including small specialty practices, encompass approximately 18 per cent of the city’s workforce, he said.

“I didn’t realize how big that sector has become and potentially how much more can be added in as we increase the hub size of this.”

Playing into that equation is how to deliver health care to the remote communities and how to better interface with them.

“Can we develop things in northwestern Ontario that we can use as a model for the rest of the country?” he said.

While forestry is less of a dominating presence, Murray said there exists value-added opportunities. A pilot plant at Resolute is developing the next-generation of bio-products for the chemical industry derived from wood fibre.

However diminished, Murray said forestry remains among the economic bedrock. Resolute’s Thunder Bay sawmill is the largest in Canada, east of the Rocky Mountains.

“The road structure, the cutting of the wood, the forest management plans; all that stuff takes money,” said Murray.

“A startup company in the forestry industry needs the backbone of the primary industry. So as we morph into doing something different, we still need that primary industry to support this (small business growth).”

Tourism has provided an unexpected boost with a thriving scene for meetings and conventions, sports events, festivals and outdoor recreational scene.

Thunder Bay’s hotel occupancy rates, consistently hovering in the 72 per cent range, are among the highest in Canada, with new brand-name properties being added.

But promoting Thunder Bay’s story and successes has its challenges.

The city’s image has taken a hit by national media coverage of many instances of hate crimes and deadly racism against Indigenous people in the community. An independent police review found systematic racism was rife within the city police department.

Murray doesn’t discredit those media stories, but counters “those are only one side of the story.”

Visitors to Thunder Bay, he said, will see a community offering a good quality of life that attracts 3,000 international post-secondary students a year and a diverse workforce, Indigenous folks included, that contribute to the city’s economy.

“Are there issues? Yep. Do some other cities have them? Yep. Is everybody under the microscope on some things? Not necessarily so.”

But, he maintains, the city acknowledges these problems and is working to address them with outside assistance expected from the federal and provincial governments.

Murray said the CEDC has provided support to the Nokiiwin communities with organizing the labour and supply chain components for the upcoming East-West Tie transmission line construction. “We look at what’s good for northwestern Ontario,” said Murray.

The CEDC will often travel to smaller communities to share their knowledge on how companies can participate in the mining supply chain. But Murray explained there are a slew of common ground economic issues like regional power requirements and upper-level government lobbying where the city can lend support.