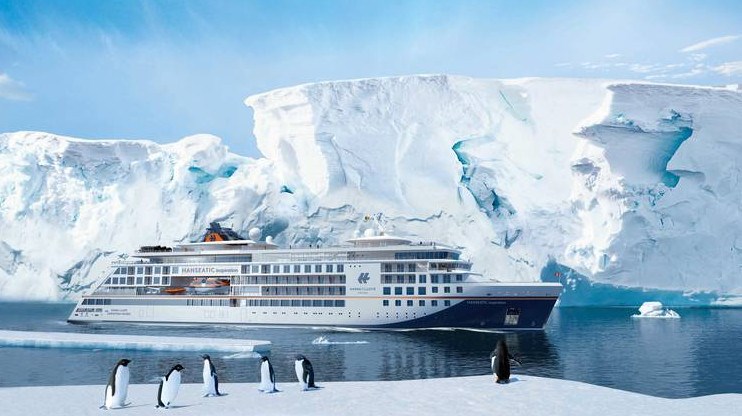 A cruise ship visit to Thunder Bay, Sault Ste. Marie and Little Current scheduled for early June has been scrubbed due to the COVID-19 pandemic.

Hapag Lloyd Cruises has cancelled the sailing of its 175-passenger Hanseatic Inspiration as part of a global fleet recall by the German-based international cruise ship company.

“’Stay at home’ is the global message of the moment,” said the company in an April 17 news release.

The Hamburg-based operator announced that it was bringing its fleet back to its home waters in Germany with four of its five ships headed for the berth.

The Hanseatic Inspiration was scheduled to arrive in Hamburg on May 2 after the last of its on-board guests were returned to port on March 21.

It was no big surprise to Tourism Thunder Bay manager Paul Pepe, who got word of the cancellation on April 17 but had known, unofficially, a few weeks back.

The ship’s port of embarkation was to be in Toronto on June 3, followed by stops in Windsor, Tobermory, Parry Sound, Little Current (June 8), the Sault (June 9), and Thunder Bay (June 10) for shore excursions before transitioning to U.S. ports of calls, finally ending in Chicago on June 17.

“It’s unfortunate that we will not be welcoming the Hanseatic Inspiration in 2020,” said Pepe in an email, “but given the severity of the global COVID health crisis, the decision to close the Seaway to passenger vessels until at least June 30, and Hapag Lloyd cancelling their 2020 summer season are difficult, but are the right decisions to save lives and ensure, globally, we come through this sooner than later.

“We’re working to welcome them in 2021 as well as with other operators future plans. The industry will recover. It may take several years for this and other segments to recover in whole or in part, but long-range planning is a critical part of everyone’s recovery strategy.”

Two more visits from Hapag Lloyd were scheduled for Thunder Bay in 2021.

In 2022, Viking Expeditions will make their debut on the lakes and plan to use Thunder Bay as the port of embarkation.

In early April, the department issued orders prohibiting all commercial vessels with a capacity of more than 12 passengers from engaging in non-essential activities, such as tourism or recreation. That was a follow-up to a March ban on cruise ships with more than 500 passengers from visiting at Canadian ports.

These measures are in place until at least June 30.