Viking ship to make landfall in Thunder Bay in 2022 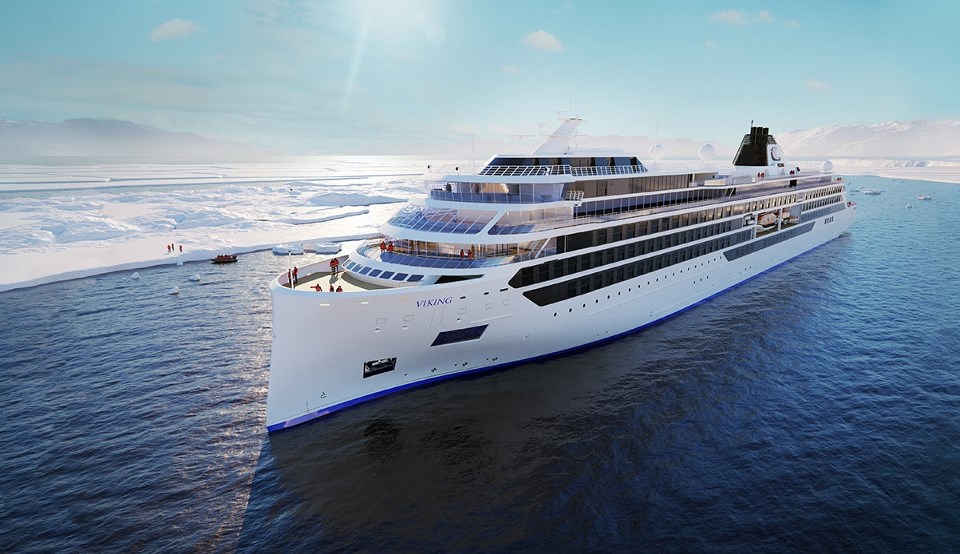 One of the most reputable names in global cruising will be making its first voyage into the upper Great Lakes.

Thunder Bay will be the embarkation – turnaround – port to host seven inbound and seven outbound cruises for Viking Expeditions starting in May 2022.

“It will have a massive economic impact and solidify our position as that gateway to Lake Superior expedition cruising,” said Thunder Bay Tourism manager Paul Pepe. He been working on this arrangement with Los Angeles-based Viking for a year.

The cruise operator will be bringing its newest vessel, the 378-passenger Viking Octantis (scheduled to be built in 2021), into the upper lakes for this inaugural run between Thunder Bay and Milwaukee, Wisc.

Viking is offering two separate eight-day packages between the two ports. The 14 cruises in-total run between May 27 and Sept. 18, 2022.

Pepe said some of the in-between stops along the way include Little Current, Killarney, and Parry Sound on the Canadian side; and Duluth, Minn., the Apostle Islands on Lake Superior, Houghton, Mich. on the Keweenaw Peninsula, and Mackinaw Island on the American side.

The Soo Locks are listed on the initial itinerary. But it’s not clear if the ship will be actually docking on either the Ontario or Michigan side, or only transiting the canal.

With a total of 5,200 Viking cruise ship passengers flying in and out of Thunder Bay Airport, originating and ending in Chicago, Pepe expects a boost in local hotel stays, more visits to restaurants, and hopefully a few travellers will linger before and after the cruise to take in the sights.

The anticipated local economic impact is between $1.6 million and $2.3 million annually.

Over the next two years, Pepe said they’ll be working with Viking on pre and post-cruise packages such as fly-in fishing trips and visits to Kakabeka Falls, Fort William Historical Park, Ouimet Canyon, and Sleeping Giant Provincial Park, as well as attractions on the American side like Isle Royale National Park.

Since the news came out in the early hours of Jan.16, Pepe said he’s fielded calls from enthusiastic local hotel and restaurant operators wanting to be involved.

“It’s interesting to see how it’s going to impact small businesses in the community.”

The former grain elevator dock is about 900-feet long with depth of 27.5 feet.

The ship likely won’t need refueling, he said, but as a turnaround port, stevedores will be required to secure the ship, offload solid and liquid waste, and resupply the vessel with groceries.

Besides making arrangements for Viking, Thunder Bay Tourism is also expecting one visit this June from Hapag Lloyd’s 175-passenger Hanseatic Inspiration. Two more visits are scheduled for 2021 and Pepe is close to signing another cruise ship line.

Pepe remains hopeful that more visitations will eventually make the business case to fully develop the Pool 6 property to host a passenger terminal or possibly construct a multi-use building that doubles as a museum or distillery.

But all indications coming from city council, he said, is that they would prefer to see the space left open for public use rather than entertain a second phase of waterfront development.

From his conversations with the cruise line, some temporary infrastructure can be built to accommodate passengers during the 14 days when the ship is in port.

“We can see something short-term. The dock is solid. Landscaping is easy to do to clean up area with flags and banners, and pop-up tents to make it a more welcoming destination.”

The lower lakes have more successful in attracting ships in recent years, but Lake Superior has been troublesome for companies.

The lake is so big that slower moving cruise ships are not able to make a port every day that can provide a unique and engaging tourism experience.

The latest generation of Seaway-built cruise ships are faster and come equipped with zodiacs for shore expeditions and submersibles that could be used to explore shallow water shipwrecks.

“This takes expedition cruising to a whole new level," he said.

Pepe feels there is no reason the ship shouldn’t be fully booked.

He described the award-winning Viking’s clientele as more mature and affluent with an interest in educational, natural and cultural attractions.

Superior is viewed by the industry as this “last untapped freshwater sea,” known for its archipelagos, Indigenous history and boreal forest.

“The communities have many stories to tell with Indigenous culture, connection to nature, even our industrial and geological heritage which makes for good, interpretative stories. The passengers that are drawn to an expedition cruise are looking for those stories.

“Northern Ontario has so much to offer as an untapped destination for these operators that now’s our time to shine.”

Hotel, new parking lot design planned for Sault airport
Mar 5, 2020 8:00 AM
Comments
We welcome your feedback and encourage you to share your thoughts on this story. We ask that you be respectful of others and their points of view, refrain from personal attacks and stay on topic. To learn about our commenting policies and how we moderate, please read our Community Guidelines.