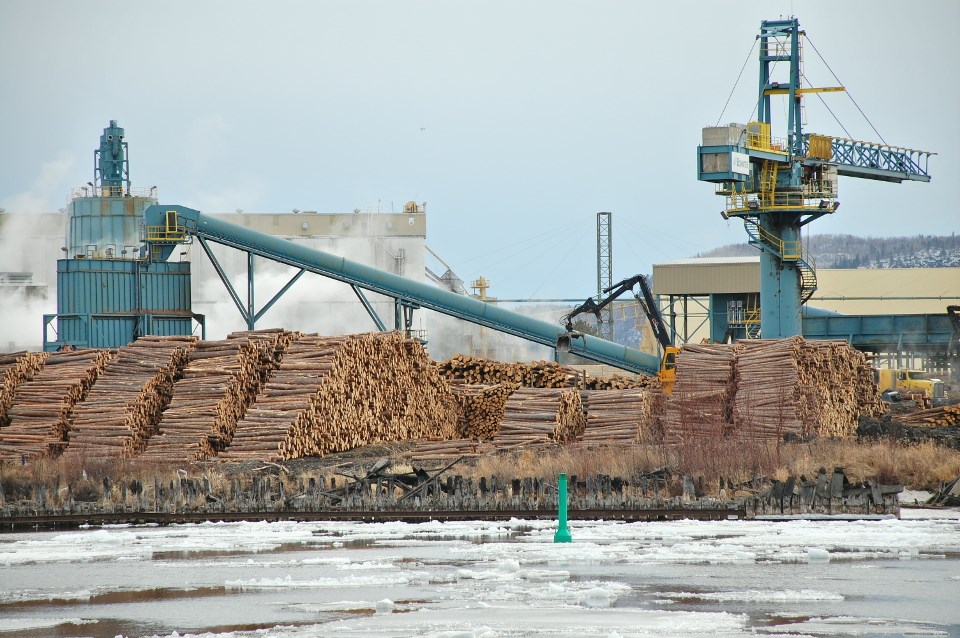 Fort William First Nation and the City of Thunder Bay have reached common ground on a sizeable spread of largely vacant industrial land.

For the past three years, the neighbouring communities have been huddling on a monthly basis to strategize how to make 1,100 acres of brownfield property on the reserve development-ready for tenants.

With large swaths of industrial land limited in Thunder Bay and the business-minded First Nation of 900 always having aspirations to create an industrial park on its dubiously dubbed Grand Trunk Pacific Lands, a new economic relationship has taken shape.

Whenever the Thunder Bay Community Economic Development Commission fielded queries about industrial properties, the extensive acreage over in Fort William always came up in the conversation.

What to do to maximize the benefits from such a large, underutilized asset to create jobs and business opportunities became a topic for discussion in a joint working group of local politicians and economic development officers from both communities.

The initiative was funded by the Council for the Advancement of Native Development Officers and the Federation of Canadian Municipalities, a program under the Community Economic Development Initiative banner, designed to enhance more collaboration between First Nations and municipalities.

“We eventually saw that we have a lot in common with the same type of goals,” said Pelletier.

“We’re open to many ideas really,” said Pelletier. “We’ve been pursuing a number of them, but getting the lands better organized would be conducive toward attracting more tenants.”

The parcel of property hugs the winding south shore of the Kaministiquia (Kam) River between Fort William and Thunder Bay, flowing into Thunder Bay harbour and Lake Superior.

It’s an industrial site selector’s dream with railway and commercial port access, natural gas and power connections, and its proximity to the Trans-Canada Highway, Highway 61 to the Minnesota border and Thunder Bay Airport.

Spread out on the property are some existing tenants, including Resolute Forest Products’ sawmill, fabricator Coastal Steel, asphalt supplier McAsphalt Industries, and Mission Terminal, a grain elevator operator, all under long-term leases with Fort William.

Bringing the property back into full use for the community’s benefit would be fitting outcome considering its unfortunate past.

Back in 1905, 1,600 acres along the Kam River were expropriated by the Grand Trunk Pacific Railway (now CN), under the auspices of the Railway Act, to secure a right-of-way to a port on Lake Superior.

It displaced the original village site of the First Nation – uprooting homes, farms, a church, even a burial site – and pushed the community back from the river.

Fort William eventually regained possession of 1,100 acres from CN in 1999. And after close to two decades of negotiations, the federal government compensated the community in 2016 with a $99-million settlement for the wrongful land grab.

With funds set aside for economic development, Pelletier wants to lever that money to obtain government infrastructure funds to make the land more shovel-ready for incoming tenants.

“Hopefully we can get a road down the middle (of the property), open it up, and take the trucks off of the city roads.”

Some think the property has potential as a central hydrometallurgical processing plant for new mines coming online in northwestern Ontario.

A few years ago, Fort William, as a full partner in formulating Thunder Bay’s mining readiness strategy, helped pitch the asset to Cliffs Natural Resources for a ferrochrome refinery in 2011. Later, they were involved in talks with Noront Resources on a processing plant.

Though the land is categorized as heavy industrial, Pelletier said their preference is to establish a light industrial park, populated with value-added businesses that would complement existing tenants like Resolute.

“We talked with the community some time back that, if we were going to be putting any industry there, we wouldn’t want it to be dirty industry, but as much as green industry as we can. That’s why we like to focus toward lumber and home building to take advantage of the location.

“If Fort William is lucky in landing a good tenant out there that perhaps employs 100 people, we might get 20 to 30 employed from my community.”

The City of Thunder Bay assisted with value mapping on the property, springboarding them to the next stage with an upcoming engineering design and marketing study to lay out industrial park scenarios, and determine lot sizes and price points.

Pelletier intends to develop some print and online promotional material rather than just rely on word of mouth, as was in the past.

“We just need to get this focused to where I have something marketable.”

Pelletier doesn’t expect the property to ever return to residential use. A baseline environmental study determined some contaminated spots close to the river, which, he said, is predictable after some 120 years of industrial use.

“It’s not a lot that we’re too worried about and didn’t expect.”