Stewart Hamilton believes he contracted the novel coronavirus while attending the Prospectors and Developers Association of Canada conference in Toronto March 1-4.
0
Apr 9, 2020 10:00 AM By: Arron Pickard 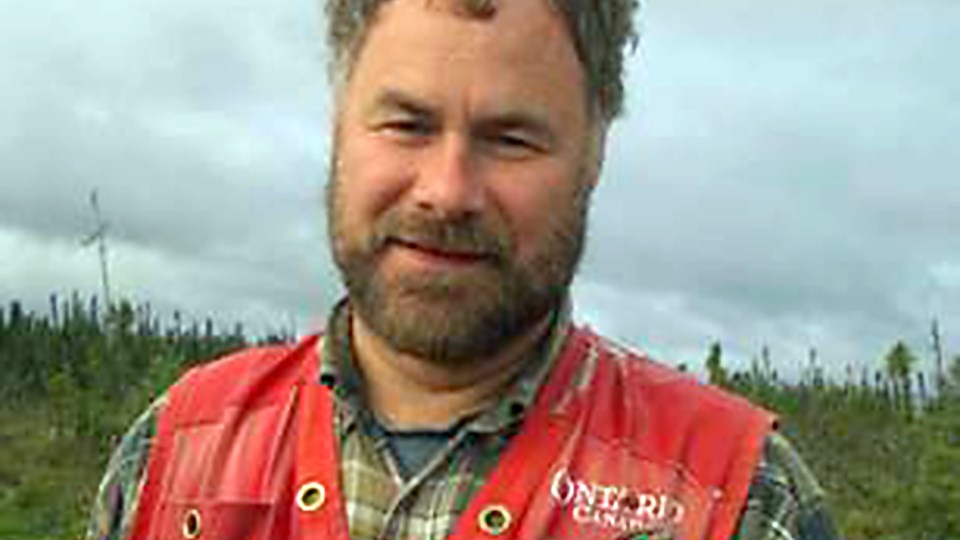 Geologist Stewart Hamilton, seen in this 2007 photo. He was the first Sudburian to test positive for COVID-19, and has since recovered. (Supplied)

The man who will forever be known as Greater Sudbury's first positive case of COVID-19 said he is back to 100 per cent, and if there is a silver lining in being diagnosed, it's that Sudburians finally started to realize just how big a deal the virus really is.

Stewart Hamilton, a Ministry of Northern Development and Mines geologist who works out of the Willet Green Miller Centre at Laurentian University, said the only lagging symptom he's experiencing from COVID-19 is a slight lack of smell, but otherwise, he's back to normal.

It was announced by Public Health Sudbury & Districts on March 10 that Hamilton was the city's first positive case of the virus, although they did not release his name to the public. Health officials revealed Hamilton had attended the Prospectors and Developers Association of Canada mining conference in Toronto, where they believe he was infected with COVID-19.

It set in motion a series of events that has now led to a state of emergency for Greater Sudbury, which has 26 confirmed cases of COVID-19. Only essential businesses have been allowed to remain open, and an unprecedented number of people are now temporarily unemployed as a result.

Hamilton said when he attended PDAC at the beginning of March, he had already been thinking very strongly about COVID-19 for more than a month, because he was worried a pandemic was coming.

He said he interacted with people from other countries there, and in one case, a person from a country heavily impacted by the novel coronavirus SARS-CoV-2, which causes the disease COVID-19.

“(This person) told me after I shook his hand (that he was from that country), and I was kind of surprised he wasn't self-isolating,” Hamilton told Sudbury.com.

He said he can't say for certain that's where he contracted the virus, though. More than 25,000 people from around the world attended the mining conference.

Hamilton said he was given the option not to attend the conference, but he enjoys going every year.

“I was given the option to pull out, but it's too awesome to pull out, and it's really important to our business,” he said.

Hamilton returned home on March 4 and went about his daily routines. It wasn't until March 7 that he said he started to experience symptoms.

He said when he woke up on March 7, he was experiencing a “really weird sinus headache ... in places you didn't even know you had sinuses.” He also experienced a complete loss of his sense of smell.

“It took me a while to figure that out, but I realized I've literally no sense of smell, nothing at all. I couldn't smell peanut butter or even gasoline," he said. "I'm actually a super taster, too, so I have a very strong sense of smell, and suddenly, poof, it's gone.

"It was a pretty pretty hard thing to experience, but also very interesting because it was so specific and it's never happened before either.”

The other distinctive symptom was aches and pains, he said. It was more muscle and joint pain than he'd ever had with the flu. But it didn't last very long. The fever he had, which he said really never elevated above 38 C, started to break the day the health unit announced he was the city's first positive case of COVID-19.

When he started experiencing symptoms, he went to the health unit, then to Health Sciences North for testing.

“They had a really good system to prevent infecting anyone else,” he said. “They tested me, because I told them I had talked to someone I believed came from an infected country.”

Getting the test was terrible, he said. In fact, it was the worst part the entire ordeal, even compared to the symptoms he was experiencing.

“I was very sleepy, sleeping about 15 hours a day,” Hamilton said. “I was either sleeping or napping. I drank plenty of fluids, as I was supposed to. I was never particularly frightened. I never had difficulty breathing, even though chest congestion came on a few days after it was announced I was the first patient.”

After he was tested, he immediately went home and went into self-isolation.

Then, the results came back on March 10, but by that point he had started to feel better, he said.

On March 11, the Willet Green Miller Centre closed, sending speculation throughout the community the man who tested positive works there.

“The very instance I started having symptoms, I was avoiding people,” he said. “I was completely isolated, but I started getting emails from co-workers who were wondering who the person was. I didn't hide anything from anyone, and anyone who asked me, I told them, and I think it's only fair to do that.”

Hamilton said he commends the Willet Green Miller Centre for taking the actions it did to sterilize the building. He said management was “ahead of the curve” in that respect, shutting down the building weeks before anyone else did, and came up with a plan to have employees work remotely.

“We're all geologists, and we can certainly work away from the office; in fact, many of us prefer to,” Hamilton said.

If there is a silver lining in being the first person in Greater Sudbury to test positive for COVID-19, Hamilton said it “scared” the community into realizing just how serious this virus is.

“We all woke up and suddenly realized what a big deal this is, and it is a big deal,” Hamilton said. “There's no sugarcoating it, and we all have to tow the line and do our part. A lot of people we all care about might be affected by this.”

Hamilton said he's confident the world, and Greater Sudbury in particular, will turn things around.

“The social distancing is going to have to go on for a long time, but it's going to be less of a disruption, because people are going to get smarter about this,” he said.

“We've already seen evidence of it, and even people who were defiant in the beginning aren't anymore. So many more people are taking this more seriously, and there's a lot of innovative thinking going on to help prevent the spread.”

When the dust settles, he said he hopes Canada will be better prepared to handle other pandemics that could come its way. He said now is not the time for criticism, but he said he believes the federal government could have been a little quicker on screening at the borders.

“That criticism needs to be reserved for people having mosh pit parties and hoarding masks and hand sanitizer,” he said.

“The time will come when we will have to look back and see what could have been done better, but now is not that time. Now is the time to do our part in preventing the spread, and I think we still have a ways to go on that.”