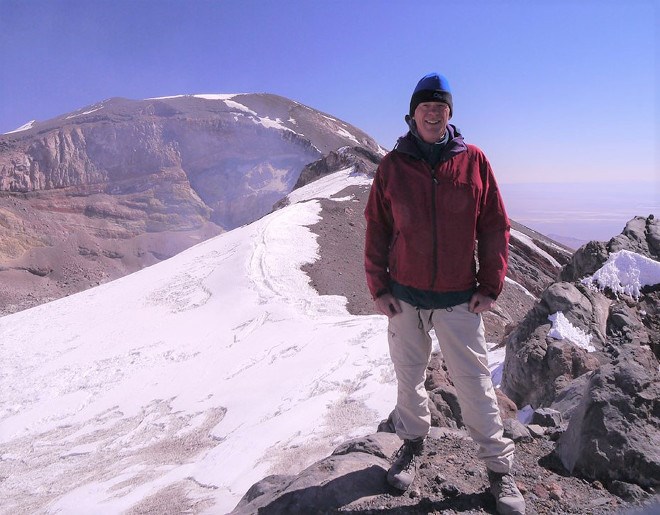 Laurentian University’s Harquail School of Earth Sciences has lost one of its esteemed research chairs.

Dr. Jeremy Richards, who was an economic geology professor and a Tier 1 Canada Research Chair in Metallogeny at the Harquail School and the Mineral Exploration Research Centre (MERC), died on June 7 at the age of 59.

Sudbury-based Richards was considered a world leader in regional tectonics and metallogeny of hydrothermal ore deposits – the latter being a branch of geology that examines the genetic relationship between the geological history of an area and its mineral deposits.

In a tribute on its website, the Harquail School said Richards “led a large and productive research program, including many graduate students, post-doctoral researchers, and visiting scholars who conducted research throughout the world.”

Richards obtained millions of dollars in funding for his research from federal and industry sources, authored or co-authored over 100 peer-reviewed journal articles in some of the top geoscience journals in the world, and gave more than 140 invited presentations all over the world.

He additionally served as editor on a number of geology-related publications.

For his achievements, Richards has been recognized with numerous awards from his peers.

Most recently, he was the recipient of the 2019 Duncan R. Derry Medal, which is awarded annually by the Mineral Deposits Division (MDD) of the Geological Association of Canada (GAC) to an “outstanding economic geologist who has made significant contributions to the science of economic geology in Canada.”