Is Sudbury ready for a World Trade Center? 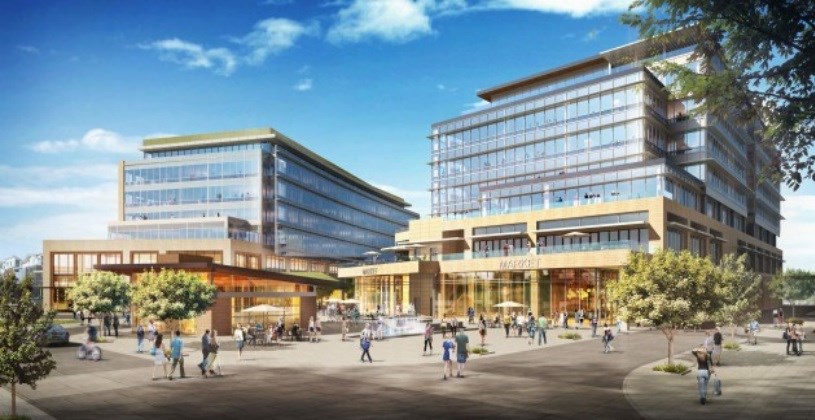 A former Greater Sudbury mayor is championing the concept of a branded World Trade Center for the Nickel City.

Marianne Matichuk convinced the city's finance and administration committee on Feb. 11 to spend up to $35,000 for a consultant to study the possibility of establishing such a complex in the downtown to promote international trade.

Matichuk and Cody Cacciotti, a 2018 mayoral candidate, want the city to contribute $10 million contribution for the project, spread out over 10 years, to bring what Matichuk categorized as a "a game-changer" for Sudbury to life.

Additional money, they said, would be leveraged from upper levels of government, including $10 million from Queen’s Park and $20 million from Ottawa.

In looking at a downtown location, the proponents envision a trade building as being a good fit with the city’s proposed Junction West project, involving a conference centre, hotel, community auditorium and performance theatre.

They project the cost of the building as ranging between $55 million and $65 million, potentially including a parking structure and hotel.

About 20 direct jobs would be created along with 160 construction jobs.

The concept involves a building or complex of that places all the services to facilitate international trade under one roof.

Run under the umbrella of the World Trade Centers Association, this trade network has locations on five continents.

There are World Trade Centres in Halifax, Montreal, Toronto, Winnipeg, Edmonton and Vancouver.

Matichuk and Cacciotti were joined at the committee by Martin Salloum, WTCA regional development manager.

"Fifty years ago this year was the beginning of the World Trade Center Association,” explained Salloum, “but 75 years ago in New Orleans, the Mississippi Port Authority decided they wanted to erect an office tower on the banks of the river and decided to target market an industry cluster and they chose international trade.

"They went out and solicited tenants involved in importing and exporting, freight forwarding, brokerage, real estate, anybody that was involved in international trade, and they filled the building with those tenants with the idea that if they networked together they could do business together."

These services would be provided on a fee-for-service basis to its members.

"Should Greater Sudbury take advantage of the opportunity to join the World Trade Center network they're gaining access to an established trade network that has over 750,000 members worldwide,” said Cacciotti.

- with files from Sudbury.com