Coleman Mine shutdown extended until end of January 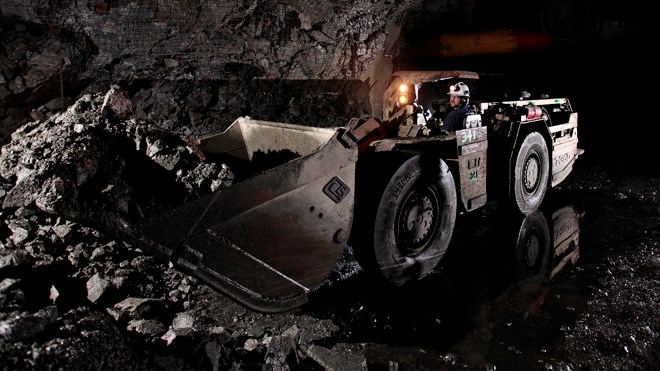 The temporary shutdown of Coleman Mine has been extended until the end of January, according to Vale and the United Steelworkers.

The shutdown at Vale's Coleman Mine in Sudbury has been extended, according to the United Steelworkers Union.

In a news release on Dec. 1, Local 6500 announced that the temporary shutdown will continue until the end of January.

This is the second extension to the temporary shutdown.

The original shutdown occurred on Nov. 9, when Vale announced there were safety issues concerning a ventilation shaft after an engineer inspected it, which lead the company to suspend operations to perform maintenance.

Originally it was supposed to be about a week but on Nov. 14 members were notified the suspension was extended for 30 days.

Angie Robson, manager of corporate & aboriginal affairs for Vale’s Ontario operations, responded by email that the original shutdown was only supposed to last until mid-December.

“Since then, we’ve been able to further examine what is required to safely operate the shaft, and we now know that repairs will to continue into late January,” she said.

During this shutdown, about 90 employees remain at the mine site to perform maintenance. Approximately 100 have been transferred to other sites while 300 are on temporary layoff.

“To support those employees for whom work is not available, we have arranged for employment insurance information sessions and are topping up EI benefits through a supplemental unemployment benefits (SUB) plan,” she said.

Union president Rick Bertrand stated in the release they have been working with Vale to get affected employees some compensation.

“We have been meeting with the company to discuss the interpretation of our collective agreement regarding the temporary layoff,” he stated.

“As a result of this, we are pleased that our members will receive a supplemental unemployment benefit wage top-up to 95 per cent of their full earnings.

“We will continue to work with company representatives and to support our members during this time.”