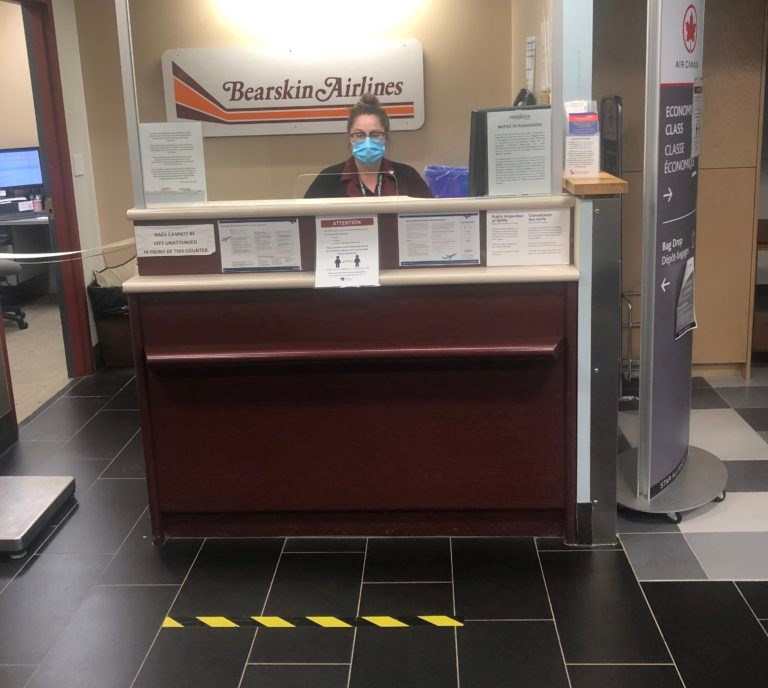 Only 572 passengers have ventured through the Sault Ste.Marie Airport terminal over the last three months due to pandemic-related travel restrictions.

The airport development corporation released its traffic stats for the first quarter of the fiscal (April to June) which shows a quarterly decrease that averages out to 98.9 per cent from the previous year.

In June, 440 travellers boarded aircraft in the Sault, down more than 97 per cent from the same period last year.

Prior to the onset of COVID-19, the Sault airport had been posting record monthly movements throughout 2019.

Aircraft movements last February were up almost 60 per cent from the same month in 2019. But those numbers started to crash with March showing a 21 per cent, followed in April indicating a 91 per cent drop in aircraft traffic.

"These continue to be very challenging times for the aviation industry and the airport itself; the decrease in passenger levels and aircraft movements has been severe and there is no indication yet when things may start to return to normal," said airport development corporation president-CEO Terry Bos in a July 7 news release.

Air Canada Express resumed Toronto service on June 22 wiht one daily flight Monday to Friday., down from July 2019 when there were six daily flights. Porter Airlines is suspending service between Toronto and the Sault until Aug.31.