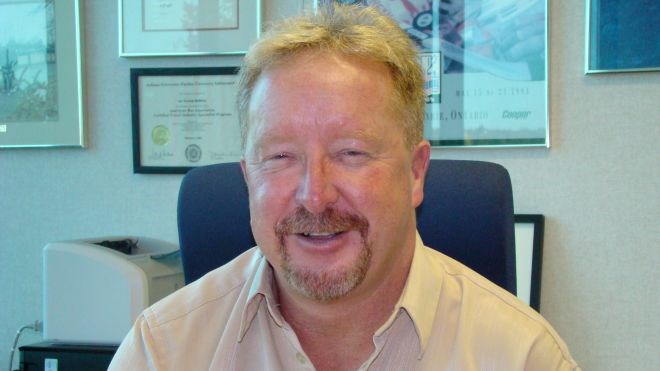 Ian McMillan worked for Tourism Sault Ste. Marie for 17 years. He will retire at the end of July. (File photo)

McMillan began his tenure with the City of Sault Ste. Marie in 2001, hired on to head up the city’s newly formed tourism department, a division of the Sault Ste. Marie Economic Development Corp. (EDC).

“Ian has had a significant impact on economic and tourism development in Sault Ste. Marie,” said Robert Reid, president and board chair of the EDC, in a June 13 news release.

“From the Agawa Canyon Tour Train revitalization project and Group of Seven product development to securing major events like the 2012 CARHA Hockey World Cup and attracting cruise ships, his legacy is far reaching. We thank him for his many years of service and wish him all the best in retirement.”

Prior to his role with the SSMEDC, Ian was brand manager for Northern Tourism Marketing Corp. and executive director of Algoma Kinniwabi Travel Association. During his 35-year career, he sat on a number of boards, including the Travel Industry Council of Ontario, Tourism Industry Association of Ontario, Attractions Ontario, and Great Lakes Cruising Coalition and Cruise Ontario. In 2017, he was inducted into the Festivals & Events Ontario hall of fame.

“It has been an honour and a privilege to promote the community and region, where my family and I call home,” McMillan said. “I thank the staff, my colleagues and clients that I’ve had the pleasure of working with over all these years. It truly has been a fulfilling career.”

The EDC said it would spend the next few weeks formulating a plan to find a replacement for the position.

Defence sector conference slated for the Sault this March
Feb 19, 2020 11:00 AM
Comments
We welcome your feedback and encourage you to share your thoughts on this story. We ask that you be respectful of others and their points of view, refrain from personal attacks and stay on topic. To learn about our commenting policies and how we moderate, please read our Community Guidelines.