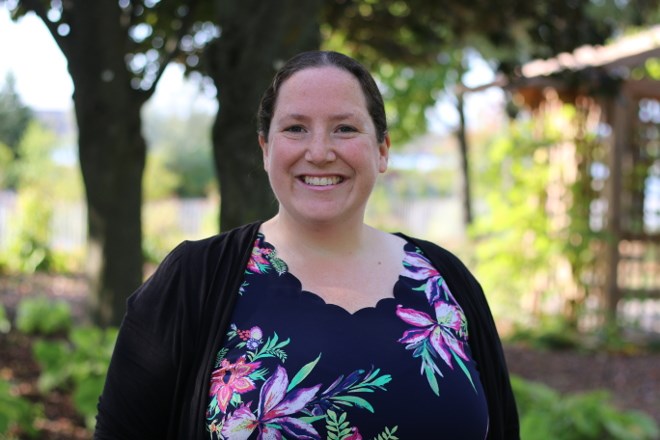 The City of Sault Ste. Marie hired Jennifer Mathewson as its new film, television and digital media coordinator last July in an effort to attract more film and TV productions to the city. (Supplied photo)

Over the last five years, Jennifer Mathewson’s work in film production has taken her to locations across the North. But now it’s her turn to draw productions to Sault Ste. Marie as the city’s new film, television and digital media coordinator.

Mathewson, who was hired this past July, is eager to put the Sault front and centre in an effort to entice more producers to shoot there.

A born-and-raised Saultite, Mathewson first studied audio engineering at Recording Arts Canada, but had difficulty finding work in the field after returning home post-graduation. When Sault College introduced the digital film production program to its curriculum in 2013, Mathewson jumped at the chance to expand her training and has been working in the industry ever since.

Though the pursuit of film and TV productions has been a long-time objective for the Sault Ste. Marie Economic Development Corp., this marks the first time the organization has set a mandate and provided the resources to support a dedicated liaison position.

The move directly correlates to a recommendation outlined in FutureSSM, a report detailing steps the city can take to diversify its economy, which was undertaken as a response to the Algoma steel plant’s ongoing creditor protection process.

In her new role, Mathewson will market the Sault as a film destination while also handling the details associated with individual productions. That could include anything from scouting locations to reserving hotel rooms to arranging transportation for crew members.

But it also means linking up production crews with products and services offered by local businesses. People working on those productions need catering companies to provide food, hotel rooms to stay in, construction crews to build sets, editing suites to edit content, and more. Many local businesses don’t even realize the role they could play in the film and TV industry, Mathewson said.

“It’s not necessarily that you have to know how to turn on a camera,” she said. “But these are all things that build up the film community…so there’s a lot of job opportunities for people.”

Mathewson disputes the notion that film is a “come-and-go” industry lacking long-term staying power. The benefit of the sector – measured by the direct and indirect economic spinoffs it creates – is often undervalued, she said.

Research shows that direct film activity can bring a host community an average of $1 million, while related pursuits – say, the tourist-like activities a film crew undertakes on weekends – generates an additional $500,000.

But for Mathewson, and industry workers like her, the impact is personal. Working for four months on just two film productions a year pays the equivalent of a year’s salary at the call centre where she formerly worked, and it allows her to do work she loves.

She estimates about 100 skilled people are trained and working in the industry in Sault Ste. Marie right now, and Sault College is graduating new people all the time. In 2018, 25 per cent of the class is comprised of international students, many of whom are looking to remain in the Sault after graduation, she noted.

“It’s becoming one of the largest industries (in Northern Ontario), aside from mining and forestry, and so the more we can build that, the more we’ll see growth in all areas – in restaurants, in hotels,” she said. “There’s a ton of spinoff.”

Grants available through the provincial government provide a strong incentive for producers to shoot in the North, but it’s far from the only lure, she noted.

Northern Ontario boasts natural, four-season landscapes that can’t be replicated elsewhere, and small cities like the Sault, Sudbury or North Bay can easily be temporarily transformed into small-town USA or 1950s New York, depending on what the script calls for. It helps that the low Canadian dollar gives film crews a bigger bang for their buck, making it cheaper to film here than in many other American locations.

Perhaps one of the biggest attractants is that, with the advent of streaming services like Netflix and Amazon Prime, viewers are consuming more film and television content, which means production companies have to continually come up with more content to meet demand, Mathewson said.

“We’re coming in at a good time, because there is a boom in the industry,” she said. “You’re seeing more content being created now than there ever has been.”

Mathewson said she’s currently working on developing a strategy which she expects to be ready in 2019.