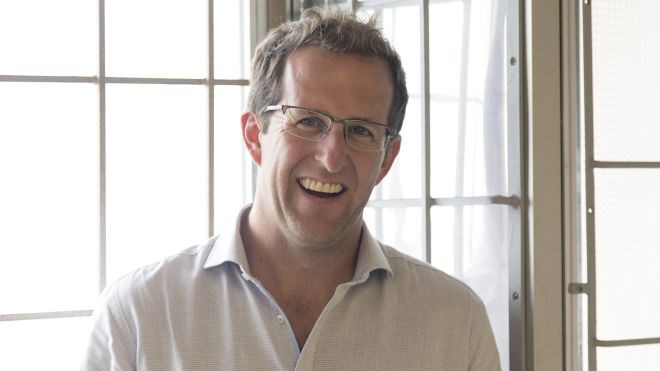 Jeff Elgie is the president at Village Media, a Sault Ste. Marie-based company that focuses a “hyper-local” model in locations across the province. (Supplied photo)

At a time when traditional news organizations are folding at an alarming rate, Village Media stands out as a rare success story. Since launching its first online news site more than 15 years ago, the organization has found a way to not just sustain news delivery in its group of chosen communities, but to grow it.

Headquartered in Sault Ste. Marie, Village Media has its origins with the founding of SooToday.com, its first entry into the digital news market. Since then, the company has set up similar sites in North Bay, Elliot Lake, Timmins, Guelph, Barrie, Orillia, and Collingwood.

It additionally has exclusive partner arrangements with Sudbury.com (a sister publication of Northern Ontario Business), owned by Laurentian Publishing; TBNewswatch.com in Thunder Bay, owned by Dougall Media; and HalifaxToday.ca and OttawaMatters.com, both owned by Rogers Media.

Growth has been swift and steady – the current cadre of 12 sites running under the Village Media platform is up from two sites just over four years ago.

President Jeff Elgie said since Village Media was “born digital,” it’s not tied to the old ways of presenting news and advertising, as are many of its conventional counterparts.

“We’re not hindered with legacy business models, costs, and overhead that are difficult to keep up with as ad revenue shifts around,” he said.

“But we're obviously digital first, so everything – the way we publish, the way we write, the way we attract audiences, the focus on the business of digital – to me, sets us apart from other publishers who still have to pay a lot of attention to print.”

The key attractant is what Elgie terms a “hyper-local” approach to delivering content to readers. From both editorial and sales standpoints, Village Media has an eagle’s eye focus on local markets.

Its sites do include national, world and business news from the Canadian Press (CP), but that only makes up four per cent of the total page viewership in the whole network, he noted.

What users are really interested in, he said, are the local stories, classified ads, obituaries, event pages, real estate listings, and more that cater specifically to the cities in which they live.

“Our audience is really trained and really looks at us as local providers of news and community information, and so that to us is key,” Elgie said. “We don't want to be a national news source; we have it there more to provide credibility for us. The association to CP and national news content is good, but we don't build audience off of it. We don't monetize it.”

Rather than engage a third-party management system to run its sites, Village Media wrote its entire platform from scratch, with each function purpose-built to deliver news, run classifieds, manage email subscriptions, and more.

Administrative tasks are centralized at its Sault Ste. Marie office, which is run by a staff of 20, while news at each site is gathered by two to three full-time reporters and rounded out by a team of freelancers.

The model is so efficient that it takes just four hours to launch a new site, Elgie noted.

That’s why, when one of the country’s longest running daily broadsheets, the Guelph Mercury, shut down in January 2016, it took Village Media just eight days to get GuelphToday.com up and running. They hired some of the Mercury’s former reporters and sales staff, opened an office, and they were ready to go.

In communities where the dominant news organization – usually a daily – has failed, residents notice a news vacuum and Village Media is easily able to go in and capture the market with local news and direct sales, Elgie said.

“If I'm in the Sault and I'm reading a gaming site in the U.S. somewhere and the ads are showing up for a local business, it's not nearly as relevant as if I'm from the Sault, reading SooToday about a story from the Sault,” Elgie explained. “We think that that context setting for local advertisers is very key.”

When it comes to growth, the company looks to enter communities that have a strong appetite for local news, especially those that are relatively isolated from larger markets like Toronto or Ottawa and that aren’t served by other news organizations.

Under those criteria, Elgie said there is lots of room for expansion.

“From a national standpoint, you'll see us to look to licence our platform, and then our model and expertise outside of the province, but we will generally be fairly protective of markets inside of Ontario as we seek to continue to grow the network.”